Big Brother Nigeria Season 5 Housemate, Erica Ngozi Nlewedim was booted out of the house on Sunday evening after verbally assaulting fellow housemate Laycon and threatening to kill him once they outside the house during Saturday’s party jam.

Biggie disqualified her saying: “Your action demonstrated disrespect for Biggie house rules despite the responsibility as Head of House to lead by example.” The attention has now been focused on Laycon whos presumably caused her disqualification.

During the diary session moments later, Laycon said he refused to exchange words with Erica and kept his cool because that might provoke Erica the more who was heavily intoxicated. He said Erica’s anger and misbehavior could earn her another strike and this automatically leads to her disqualification from the show because she already has more than two strikes already.

BBNaija: Neo Goes Down On His Knees, Begging Vee For Forgiveness In The Middle Of The Night (Video)

BBNaija: “Sleeping On The Same Bed With Prince Instead Of Kiddwaya Is A Struggle For Me” – Erica Laments 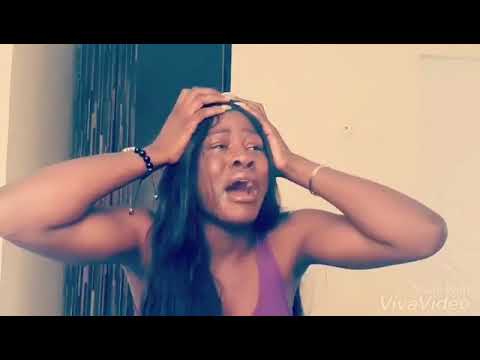 BBNaija Reunion: Alex bursts into tears and walks out after Cee-C revealed to the World that she had sex with Tobi in SA after the show (Videos)

BBNaija: Kiddwaya speaks on his future plans for Erica (Video)