Nollywood actor Uche Maduagwu has once again alleged that BBNaija housemate Vee has exposed Nengi for wearing one pant for two days.

According to him in an Instagram post, during Vee and Nengi’s argument, Vee exposed Nengi of wearing one pant for two days among other allegations.

He also revealed that Vee confirmed that Ozo and Nengi had s*x in the shower based on a video he has sighted saying Nengi is a hypocrite for behaving as if nothing happened.

Some netizens in reacting to his post asked him to share the video he’s talking about if indeed it exists so they watch for themselves and see.

Finally, Vee exposed Nengi and ozo during their argument today, she said "nengi wear one pant for 2 days and that she seduced ozo to have sex with her in shower" 🤣🤣#wow, see what i have been saying? Can #videos lie? Can #Dorathy and now #Vee be telling a lie that #nengi and #ozo had sex in #bbnaija5? Honestly, its bad enough that she wears one #underwear for two days in #bbnaija2020 according to vee, why all the fake #lifestyle in #bbnaijalockdown and treating ozo like #followme houseboy?🤣#repost

BBNaija: Erica unfollows Kiddwaya on Instagram after taking over her social media accounts 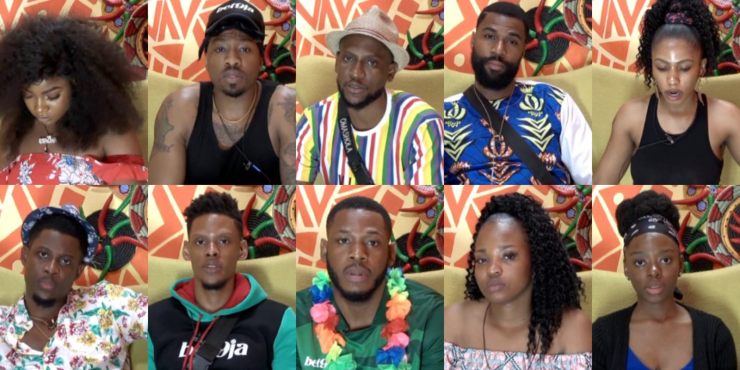