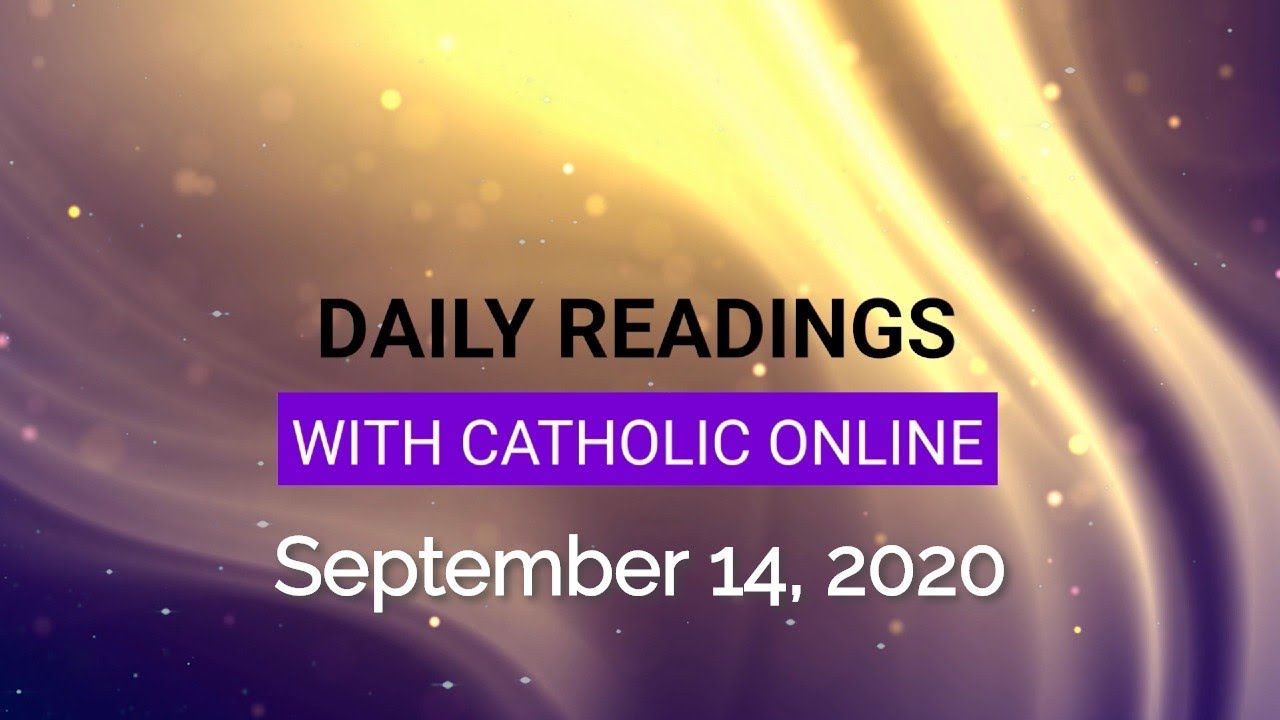 Reading 1, Numbers 21:4-9
4 They left Mount Hor by the road to the Sea of Suph, to skirt round Edom. On the way the people lost patience.

5 They spoke against God and against Moses, ‘Why did you bring us out of Egypt to die in the desert? For there is neither food nor water here; we are sick of this meagre diet.’

6 At this, God sent fiery serpents among the people; their bite brought death to many in Israel.

7 The people came and said to Moses, ‘We have sinned by speaking against Yahweh and against you. Intercede for us with Yahweh to save us from these serpents.’ Moses interceded for the people,

8 and Yahweh replied, ‘Make a fiery serpent and raise it as a standard. Anyone who is bitten and looks at it will survive.’

9 Moses then made a serpent out of bronze and raised it as a standard, and anyone who was bitten by a serpent and looked at the bronze serpent survived.

2 I will speak to you in poetry, unfold the mysteries of the past.

34 Whenever he slaughtered them, they began to seek him, they turned back and looked eagerly for him,

35 recalling that God was their rock, God the Most High, their redeemer.

36 They tried to hoodwink him with their mouths, their tongues were deceitful towards him;

37 their hearts were not loyal to him, they were not faithful to his covenant.

38 But in his compassion he forgave their guilt instead of killing them, time and again repressing his anger instead of rousing his full wrath

14 as Moses lifted up the snake in the desert, so must the Son of man be lifted up

15 so that everyone who believes may have eternal life in him.

16 For this is how God loved the world: he gave his only Son, so that everyone who believes in him may not perish but may have eternal life.

17 For God sent his Son into the world not to judge the world, but so that through him the world might be saved.

Reading 2, Philippians 2:6-11
6 Who, being in the form of God, did not count equality with God something to be grasped.

7 But he emptied himself, taking the form of a slave, becoming as human beings are; and being in every way like a human being,

8 he was humbler yet, even to accepting death, death on a cross.

9 And for this God raised him high, and gave him the name which is above all other names;

10 so that all beings in the heavens, on earth and in the underworld, should bend the knee at the name of Jesus

11 and that every tongue should acknowledge Jesus Christ as Lord, to the glory of God the Father.

Rick Warren Daily Hope Devotional 23 October 2020 – Are You Telling Yourself the Truth?