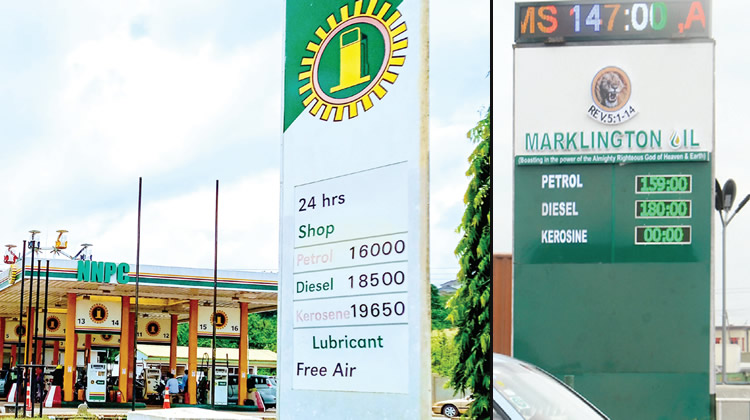 The Trade Union Congress and 79 other civil society organisations and labour unions under the aegis of the Alliance on Surviving COVID-19 and Beyond codenamed ASCAB, are set to hold nationwide protests and strike action next week over the increment of the fuel price and electricity tariff.

It was learnt that the Nigeria Labour Congress, which is part of ASCAB, was still holding a meeting as of Friday evening to determine its next line of action.

Apart from NLC and TUC, some other affiliate members of ASCAB include: United Action for Democracy, Women Advocates Research and Documentation Centre, Journalists for Democratic Rights, Air Transport Services Senior Staff Association of Nigeria, Amalgamated Union of Public Corporation, Civil Services Technical and Recreational Services Employees, Civil Liberties Organisation (Bayelsa), and COPEAIDS Foundation, Committee for the Defence of Human Rights, among many others.

Confirming the development to one of our correspondents on the telephone on Friday, Human Rights Lawyer, Mr Femi Falana (SAN), said it was evil of the government to increase the prices of essential commodities during a pandemic.

He said while other countries were making life easier for their citizens through tax cuts and palliatives, the Nigerian government was doing the exact opposite.

The activist said, “There is going to be a general strike and protest. We will fix a date after a meeting this evening. ASCAB is meeting today (Friday) with TUC leadership and about 79 others have indicated that they will take part in the national day of action against these anti-people developments. It will be next week but the date has not been picked yet.

“Other nations are giving cash to their citizens, cancelling rents but Nigeria is imposing taxes and all other levies on its citizens. We will fight against it.”

Falana said the Pipelines and Product Marketing Company, which announced the fuel price increase, had no power to do so.

He also faulted claims by the Minister of State for Petroleum Resources, Timipre Sylva, that there was nothing the government could do to intervene in the new petrol price

The senior advocate said Section 6 of the Petroleum Act gives the Minister of Petroleum the powers to determine the price of petroleum products and this had been affirmed by the courts.

Falana said, “The PPMC has no powers under the law to fix fuel price. Section 6 of the Petroleum Act makes it clear that it is the minister that can determine the price of petroleum products and the courts have affirmed this.”

Meanwhile, the Petroleum and Natural Gas Senior Staff Association of Nigeria says the recent hike in fuel price was not caused by the global price of crude oil but a deliberate devaluation of the naira by the Federal Government.

The President of PENGASSAN, Festus Osifo, said this on Channels Television’s Sunrise Daily programme which was monitored by one of our correspondents on Friday.

Sylva had stated that the recent rise in fuel price was caused by the increase in global crude oil prices.

However, the PENGASSAN President said the recent hikes were caused by the Federal Government.

He said, “What are the drivers of the pump price? The driver of the pump price is the currency exchange. What has necessitated this today is not actually because of the fact that the product pricing is increasing internationally. The crude oil price relatively in the last six months has been hovering between $40 and $45 per barrel.

“But what has necessitated this is actually the devaluation. Today, we observe that in the last three months, we have had a 25 per cent devaluation of our currency. The government did it deliberately to have more money.

“They now have more money having done the devaluation and are now passing the burden to us because petroleum is not refined in Nigeria but abroad and everything is priced in dollars. The cost of crude oil, labour cost and all other costs that go into it are priced in dollars.

The PENGASSAN boss further stated that the landing cost which had increased was solely determined by the Federal Government and was paid in naira; hence it ought not to have been reviewed upwards.

“For us, this is not the best time. If as a government you have devalued your currency and you are making 25 per cent excess on top of your currency, which is fine, (then) you have more money to pay workers and meet your naira need, it is fine.

“But again, you are telling us that the landing cost has increased in naira. Not necessarily in dollars, and you are also passing that unto the majority of the Nigerian citizens; I think this is double jeopardy and all stakeholders need to engage with the government,” Osifo said.