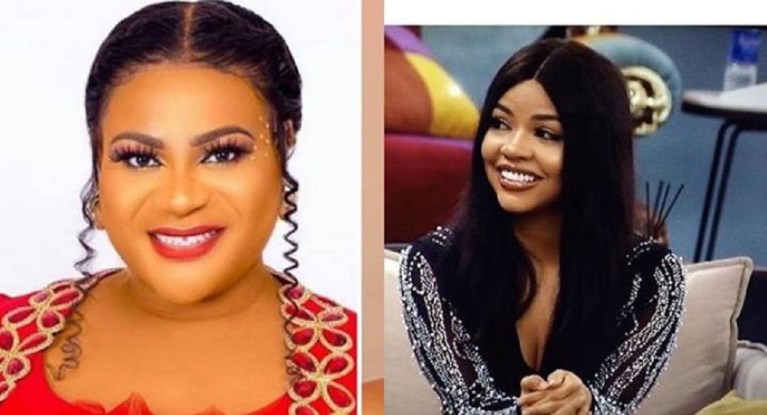 The Instagram page handler of BBNaija’s Nengi has hit back hard at actress Nkechi Blessing for sending her love after de-campaigning her.

Nkechi Blessing sent Nengi love and lights after she was evicted last night during the finals and her page handler reacting to that hit her hard asking her to stop being a hypocrite.

read also: BBNaija: Nengi Increases Her IG Followers From 12.7k To 1M Followers Within 3 Months
According to the page handler, all they wanted was an opportunity to promote Nengi but Nkechi Blessing didn’t give them rather she called her names on a live show and campaigned against her hence asking her to keep that same energy.

Nkechi Blessing is a fan of Laycon and she really celebrated when he won yesterday but was she wrong in sending Nengi love and lights even though she’s not a fan of hers? 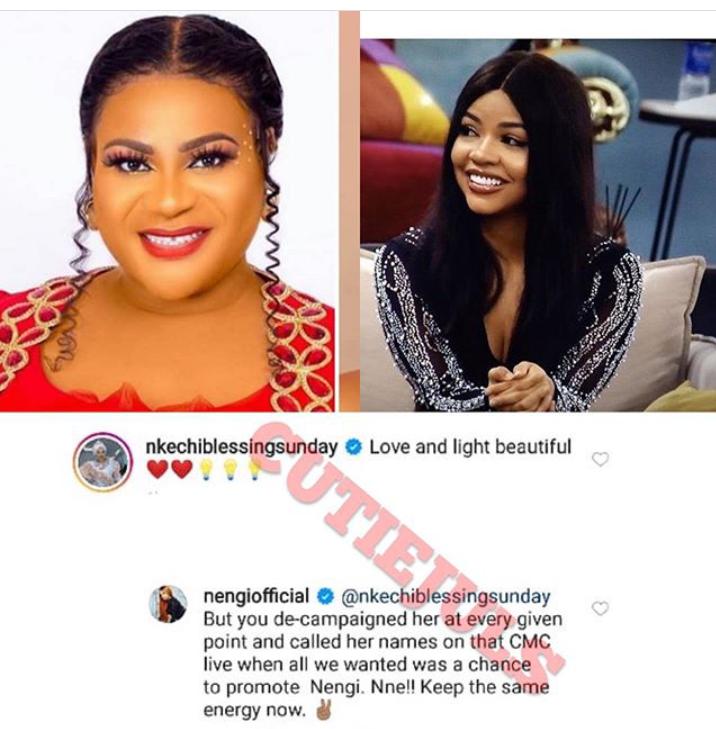