TOPIC: His Arms are Wide Open

MEMORISE:
“If we confess our sins, he is faithful and just to forgive us our sins, and to cleanse us from all unrighteousness.” – (1 John 1:9)

12. And the younger of them said to his father, Father, give me the portion of goods that falleth to me. And he divided unto them his living.

13. And not many days after the younger son gathered all together, and took his journey into a far country, and there wasted his substance with riotous living.

14. And when he had spent all, there arose a mighty famine in that land; and he began to be in want.

15. And he went and joined himself to a citizen of that country; and he sent him into his fields to feed swine.

16. And he would fain have filled his belly with the husks that the swine did eat; and no man gave unto him.

17. And when he came to himself, he said, How many hired servants of my father’s have bread enough and to spare, and I perish with hunger!

18. I will arise and go to my father, and will say unto him, Father, I have sinned against heaven, and before thee,

19. And am no more worthy to be called thy son; make me as one of thy hired servants.

20. And he arose, and came to his father. But when he was yet a great way off, his father saw him, and had compassion, and ran, and fell on his neck, and kissed him.

21. And the son said unto him, Father, I have sinned against heaven, and in thy sight, and am no more worthy to be called thy son.

22. But the father said to his servants, Bring forth the best robe, and put it on him; and put a ring on his hand, and shoes on his feet;

23. And bring hither the fatted calf, and kill it; and let us eat, and be merry;

24. For this my son was dead, and is alive again; he was lost, and is found. And they began to be merry.

25. Now his elder son was in the field; and as he came and drew nigh to the house, he heard musick and dancing.

26. And he called one of the servants, and asked what these things meant.

27. And he said unto him, Thy brother is come; and thy father hath killed the fatted calf, because he hath received him safe and sound.

28. And he was angry, and would not go in; therefore came his father out, and intreated him.

29. And he answering said to his father, Lo, these many years do I serve thee, neither transgressed I at any time thy commandment; and yet thou never gavest me a kid, that I might make merry with my friends;

30. But as soon as this thy son was come, which hath devoured thy living with harlots, thou hast killed for him the fatted calf.

32. It was meet that we should make merry, and be glad; for this thy brother was dead, and is alive again; and was lost, and is found.

MESSAGE:
If you extend your hand to someone for a handshake, the person would most likely decline if his/her hands are dirty. Naturally, humans avoid staining clean people. However, God does not operate that way. He is willing to give you a hug even when you are dirty.

The father of the prodigal son for example, did not ask him to take a bath before he could embrace him. He saw his son from afar and ran to meet him (Luke 15:11-32). The woman with the issue of blood had been bleeding for twelve years. She may have been smelly, the doctors might have taken all her earnings and left her wearing rags but she chose to touch Jesus – the One everyone was celebrating. Considering her state, ordinarily, she may not have wanted to come close, but she did! She probably felt too dirty to speak, so she decided to just touch the hem of His garment. She did not stay away totally because she was dirty. She made the move and He did not reject her; He even prayed for her (Luke 8:43-48).

The countless sins you have committed stealing, adultery, fornication, or even murder may make you feel dirty. So, you may think God cannot accept you anymore. Listen, He is waiting for you to take just one step towards Him. There is no sin too big for the blood of Jesus to cleanse, neither is there any sinner too guilty for Him to forgive.

You might not be able to pray unhindered if you are still feeling dirty. In this case, you have to first pray for forgiveness. All He needs is genuine repentance and He will do the rest.

All He requires is that you take a step towards Him and He will do the rest. Even if you have entered into a covenant with the devil and sold your soul to him, God is able to help you. He remains the same; He still sets the lawful captives free (Isaiah 49:24-46).

His arms are still wide open, come to Him now when He is near (Isaiah 55:6). Don’t wait until it would be too late.

KEY POINT:
Spread the good news of Gods unconditional love and if you have sinned, come to Him as you are. His arms are still wide open.

HYMN 7 – GREAT IS THY FAITHFULNESS

1. “Great is Thy faithfulness,”
O God my Father!
There is no shadow of turning with Thee:
Thou changest not, Thy compassion, they fail not,
As Thou has been Thou forever wilt be.

2. Summer and winter, and spring time and harvest
Sun, moon and stars in their courses above,
Join with all nature in manifold witness
To Thy great faithfulness, mercy and love.

3. Pardon for sin and a peace that endureth
Thine own dear presence to cheer and to guide!
Strength for today and bright hope for tomorrow.
Blessings all mine, with ten thousand beside!

Open Heaven 1 September 2020 Devotional guide was written by Pastor E.A. Adeboye, the General Overseer of the Redeemed Christian Church of God, one of the largest evangelical church in the world and also the President of Christ the Redeemer’s Ministries. 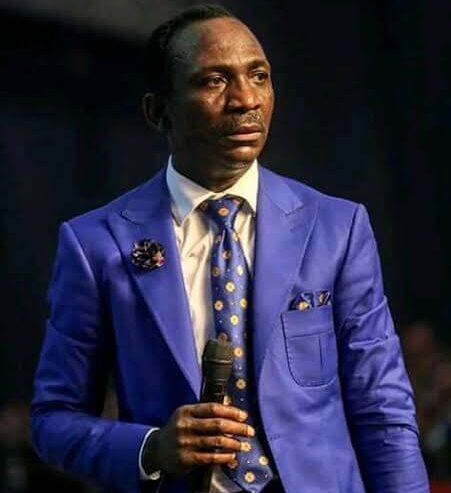