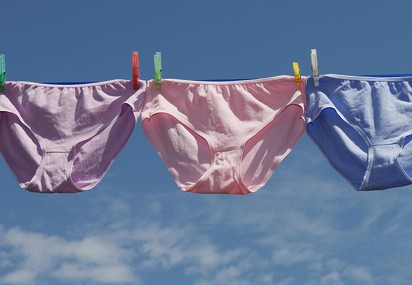 A Nigerian wife has dragged her husband to court and prayed to the court to call an end to their marriage. Her prayer was heard as they married has been quashed.

The lady who was identified as Sadia Abass before the court passed judgment stated that her husband allegedly stole her pant for rituals.

Speaking about her reason for asking the court to dissolve the marriage, she said;

“When the ill-treatment reached its peak, I discovered that my underwear suddenly got missing. I checked everywhere but did not see it. He also denied ever seeing it. Three days later, the missing underwear resurfaced where I had checked over and over and I made him realise his evil intention toward me.”

Also giving his version on the situation, the man said;

“Only God knows what would have happened or might still happen to me because I have made it clear to him that I will not continue with the relationship. Every now and then, she nags and packs in and out of the house.”

Passing the judgment, the judge stated that since there is no love between the two individuals, all that was left was to quash the marriage.

However, the mother will be the custodian of their child and the man is obliged to pay N5,000 monthly for the child’s feeding and also to be responsible for his education and basic welfare.

Former policeman-turned armed robber, EMoney and his gang members gunned down by SARS in Imo State over two months after his wedding