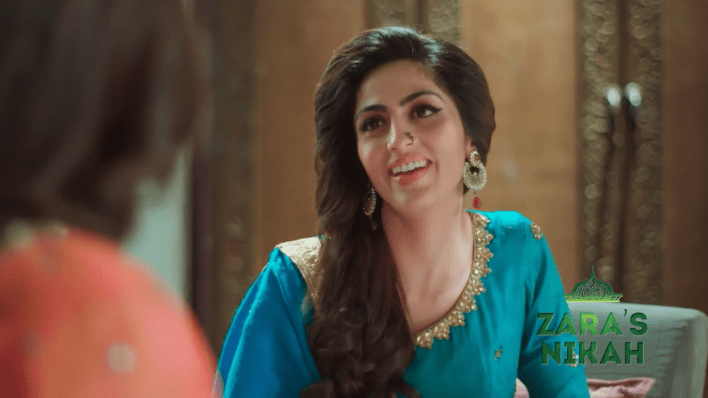 Zara’s Nikah 29 October 2020 Update starts as Kabir asks Salamaat to get lost. Salamat says Shahbaz called us for proposal. Zeenat says they are Shahbaz’s guest, right? Shahbaz is tensed. Ayesha says you confirmed my daughter’s relation with them? these people? you didnt even tell.

Shahbaz recalls Kashan’s words that he can send him to jail. Zeenat says you didnt tell Ayesha anything? Ayesha says why you did it? Kabir says we will talk later. He asks Salamat to leave. Salamat says Kashan have put house on debt of 12 crore and tip of 3 crore for this wedding. Kabir says to Kashan that you are stooping so low? Kashan asks Salamat to calm down. Salamat says I am going. Zeenat asks Kabir to stop. Salamat says I dont care, I will pay only when this Kabir come to us and beg for this relation, he leaves.

Ayesha cries and says Kashan cant play with my daughter’s life, I have got son like this? Zara says Zeenat is doing all this. Kabir says I wont let anything wrong happy to Alina. Zeenat comes there and says you people dont have money to eat, Alina will live like princess. Kabir says enough. Zeenat says enough, Shahbaz took this decision. Kabir says you must have forced Shahbaz, he asks Shahbaz what did they do? they threatened you? tell Salamat that we will not give Alina to them, Zara says its about her life, call Salamat and say no. Shahbaz is tensed.

Zeenat says you are clever Shahbaz, Kabir says I will call police. Zeenat says Zara gave statement that she slipped from window so you cant send me to jail. If you call police then marriage will happen but Shahbaz will be in jail. Kabir says what crime did he do? Zeenat says you call him an angel but ask him how many times he did corruption. Kabir says enough. Zeenat shows him papers and says look at them and ask your father about his crimes. Zara thinks that Kabir will know Shahbaz’s truth today. Kabir looks at papers and asks Shahbaz if this is true?

Zeenat says you want Shahbaz to get insulted publicly or get Alina married? Shahbaz says I did a mistake, I am sorry, forgive me you all, I took money for a project and it failed, I have been trying to get money but did more mistakes, forgive me. Zara looks at Kabir and says to Shahbaz that you did everything for this house, I was waiting for this when you repent, God is with who accepted their mistakes. Ayesha says I know my husband, he always took care of us, I am standing with him. Kabir says I am no one to forgive but Shahbaz has shaken me to core but my faith in my father can never break. Shahbaz hugs him and cries.

Zeenat looks on. Zara hugs Ayesha. Shahbaz says I realized today that my son might be trying to destroy me but I am lucky that my own people are standing with me so I take decision that this marriage will never happen. Zeenat glares at him. Shahbaz says to Zeenat that go to police, if I did a mistake then I am ready to go to jail but I wont destroy my daughter’s life, my family is with me. Kabir says to Zeenat that I give you challenge, do anything but you cant destroy my sister’s life. Zeenat says I challenge you to stop this wedding. All look on.

Kabir says to Zara that I am leaving this house with family. Zara says I am with you but what about family?

Ayesha cries. Kabir comes there and says its enough, we will leave with Alina and protect her. Alina says to family that I will do this marriage. All are shocked. Zeenat says she is ready. Alina says I will marry where Kashan and Zeenat wants. Family is shocked.

Alina tells family that I will marry where Kashan and Zeenat wants and I will marry for sure, she leaves, all are stunned. Kabir says I am not going to leave this city, my sister need us here, dont worry, I wont let this marriage happen and break this relation forever. Ayesha and Shahbaz smiles. Zara holds his hand says this house’s son and daughter in law will make fate of this house. Parents smile.

Kabir and Zara comes to Alina’s room. He asks her to open the room. Zara says she is not opening door. Alina is crying inside. Kabir says talk to me, why did you say yes to marriage? dont be scared. Alina recalls flashback. Zeeant came to Alina and says that you want your happiness or send Shahbaz to jail? She tells her everything and says Shahbaz is ready to go to jail but you will be happy? he raised you up, he fulfilled your dreams and you wont fulfill your duty as daughter? Samir’s family is good, they are rich, if you dont marry then this family will be insulted and Ayesha might die from sadness, you want that for this family? Flashback ends.

Ayesha asks Alina to listen to them. Kabir says I told you I will bring a good proposal for you, listen to your brother. Alina opens door and runs from there. All runs behind her. Kabir says listen. Alina runs and hugs Zeenat, all look on. Alina says I will meet Samir tomorrow. Zeenat says we are with you, nobody can change your decision, Alina’s marriage will happen with Samir only. Kabir is angry.

At night, Kabir says to Zara that I am helpless, that guy was misbehaving with Alina and she is marrying him? I have to stop her. Zara calms him and says we will find a solution. She hugs him, he nods.

In morning, Samir is getting Alina’s name tattoo and says to Alina that you are nice, you will soon accept me. Zeenat and Kashan are there. Alina shows him chit. He nods and asks Zeenat and Kashan to give them space, all leave. Alina sits with Samir and says I can never love you. Samir says if you want to save your father then I promise if you marry me, I will protect him, he will be my father too. He tries to wipe her tears but Alina moves back. Samir calls Kashan and Zeenat and says Alina wants to marry me fast, we will get engaged today. Zeenat hugs Alina happily.

Kashan, Zeenat and Alina comes back home. Zeenat whispers to Alina that dont tell too much, she glares at Kabir and Zara and leaves. Kabir says to Alina that dont be scared. Alina says what if Kashan does case on Shahbaz? he did wrong, Kashan can send Shahbaz to jail, he has proofs against him, I have decided to do this marriage for my family, they have done a lot for me, Samir have promised to protect Shahbaz if I marry him, we are getting engaged today, Alina leaves. Kabir and Zara are stunned.

Salamat asks Kashan on call that Shahbaz has to hug me today in party and says he is happy with this proposal, he ends call. Kashan says how will I do it?

Zeenat and Kashan comes to Ayesha. Zeenat says we brought new clothes for you. Kashan says to Shahbaz that you have to hug Salamat and say you are proud to be his relative. Ayesha says I wont let you force my daughter and go to that goon’s house. Zeenat says Salamat will behave if you people are there, what if you dont go and those crazy people do something to Alina, they dont see anyone when they are angry, what if they beat her too much? Kashan says that guy can do nikah in anger if you both dont go. Shahbaz is tensed and nods to come.

Zara’s Nikah 29 October 2020 Update ends as Kabir calls ACP and says I need you there, he ends call. Kabir says ACP is my friend, I have to stop this engagement. They hear dhol playing outside and look on. 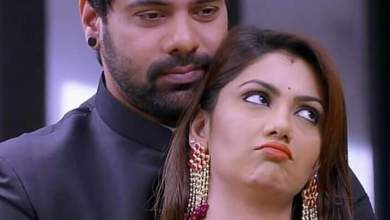 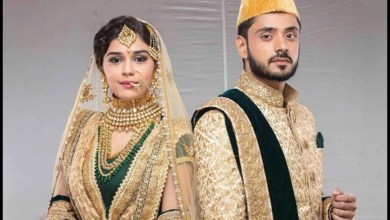 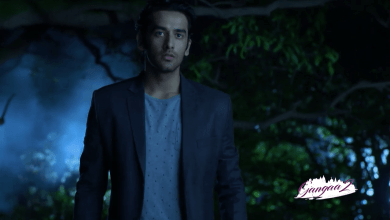