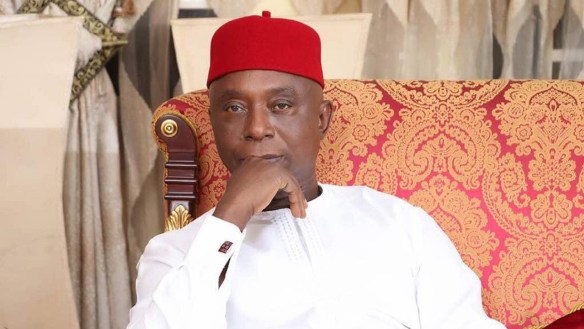 Delta State women have reportedly taken to the streets to protest against Nigerian billionaire businessman and politician, Ned Nwoko, the husband of actress Regina Daniels.

According to a report by Kemi Filani, the women of Idumuje-Ugboko community under Aniocha North Local Government Area of Delta State on Wednesday accused Ned Nwoko of tormenting the men in the state and forcefully taking over their lands.

The women claimed Ned Nwoko torment and incarcerate their husbands, relatives and son and taking over several hectares of land belongs to indigenes of the community.