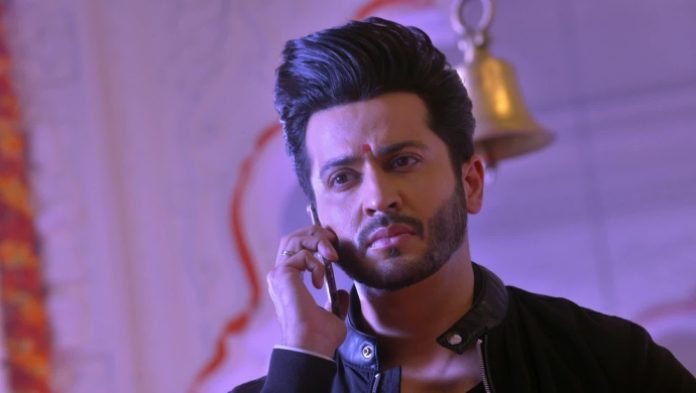 Kundali Bhagya 1 October 2020 Update starts as Maira is running in the hall, she accidentally bumps into Sanjana who looks at her with amazement, she inquires what Maira is doing then Sarla comes from behind calling her however is stopped by a guest, Ramona also sees her from a distance then realizes what her daughter is trying to do, she sees Sarla then goes to stop her mentioning that she has something important to talk about, Sanjana meanwhile takes away Maira.

Janki reaches the house, she sends the auto driver away and is shocked to see that there are a lot of goons in the house who are with weapons, she decides to call Preeta and explain the entire situation she thinks that she will request her to search the house as the thief might have taken somehting that is worth a lot, she tries calling both Shrishti and Preeta however they donot attend the call, she assures that she would have to stop them as the Luthra’s are now the family members of Preeta so they cannot lose anything worthwhile.

Pawan slaps Gabbar when Prithvi is still unconscious, he says that it was because his men mentioned it to him, Pawan sits then says that it would be better if they shift Prithvi to the same room as Preeta as he would be happy to see her, Gabbar mentions that he has the best idea and is the only one with the brains, they then shift Prithvi into the room, when they are walking out Preeta wakes up and starts wondering where she is, Pawan heads back into the room.

Preeta is sitting on the bed, Pawan mentions that he has brought her to her own house and she is not the one to be kidnapped, however Pawan exclaims that she is at her own house so must not worry, Preeta mentions that she knows who he is and he is Rawan who was sent by Maira because she hired him, Pawan mentions that he did not introduce himself and so points at Prithvi, this makes her worried so she asks him why he kidnapped Prithvi just hearing which he bursts into laughter, she mentions that she can say whatever she wants but he should let them go, she tries to walk away however gets dizzy then when Pawan tries to touch her, she throws the vase thrashing the room, Pawan exclaims that she did not listen to his introduction that his name is Pawan

Malhotra meaning that he is the younger brother of Prithvi, he is for the Rawan.

Janki is standing in front of the house and tries calling Sarla however stops thinking that she cannot understand what that person has taken from the house and the reason why he has to hire so many people to guard the house.

Ramona is pulling Sarla she asks her the reason she pulled her like this, Ramona exclaims that she behaved very rudely with her so wanted to apologize to her, Ramona leaves then thinks that she had to protect Maira so apologized to Sarla.

Rishab sees that Sarla is crying so asks her what the matter is, Sarla responds that she got emotional when Ramona talked nicely to her as she has never been nice to her which is why she is nervous, Rishab tries to calm her down then Shrishti also comes exclaiming that her mother is right because he always takes care of everyone so is a really nice person. Rishab exclaims that he was trying to calm Sarla when she started crying, they all are having a blast when Sanjana after seeing them from the corner wonders how he is talking with Sarla when he never dared talk with her except to greet her and leave.

Pawan starts showing Preeta the proof that he is the brother of Prithvi and she is about to be his sister in law, however Preeta is still really tensed then he shows her his driving license mention that she is about to be the wife of his brother but Preeta mentions that she is the wife of Karan Luthra so cannot marry Prithvi, this angers Pawan so he starts thrashing the room and even points a gun at her but apologizes for the foolish act, the Gabber comes pointing a knife at Preeta when she tries to leave explaining that she cannot fight as they four against men. Pawan throws the knife away before slapping him.