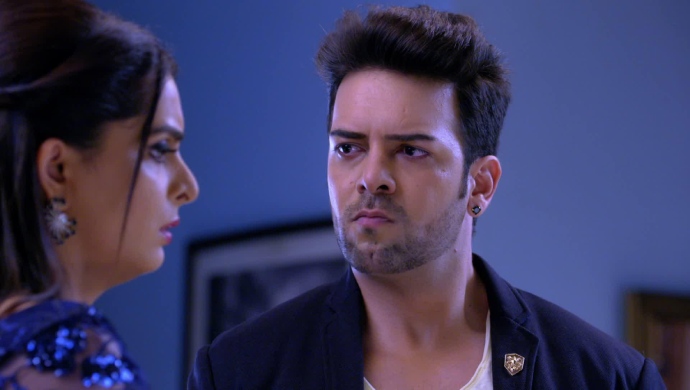 Kundali Bhagya 13th October 2020 Update starts with Rakhi entering the room of Mahesh Luthtra, she sits beside him and taking his hand pleads with him to tell her when he wikll come out of the coma because he ahs taken a lot of rest, she mentions that she desires to talk with him and he should see that she needs him as they both would take care of their family but canot do it any longer so he must wake upo as she needs him in order to take care of the family, she tries to explain what is happebning, Shelrin and Maira also come into the room.

Sherlin asks what has happened with her,Rakhi tries to say that she is okay, however Sherlin mentions that she doesnot know how to talk even when she is now their relatives, Maira exclaims that her mother has not talked to her like this under any circumstance, Maira also says that she should see what her mother has done for the family.

Rakhi cannot bear their comments so says that they both should stop talking like this because Sarla is a lot older then them both so they must give her the respect which she deserves as she is also a mother of someone, Rakhi exclaims that she desired to spent some time alone but now it doesnot mean anything, then she leaves the room.

Shrisithi asks what has happened, Preeta exlciams that Janki is not hididng but is unconscious as they are holding her, Pawan asks Gochu how he could have made such a big mistake as he broguht the wrong Pandit, Preeta and shrishti both exclaim that the wedding cannot happen as the groom is unconscious, Shrishti warns him of severe consequences but then Pawan mentions that she should have thought before talking as he is holding them both hostage, he orders that they tie them both even then they are resisting them all.

Janki is walking wondering what she can do to make sure that Preeta gets free from the kidnappers, she sees that soemone is walking so she hides but the kidnapper is taking photos however she again hides when she sees that he has a gun however she tries to gain the strength to fight them as Sarla even doesnot know what has happened with Preeta so it is up to her and she must fight for Preeta.

Rishab tries to make sure that Sarla is calm as otherwise it would make the matters worse, she is not able to listen to anything and asks her what has happened to Preeta, Rishab mentions that all her questions were justified but she should not have blamed Rakhi as it hurt him because he is her son.

Sarla responds that she has given the responsibility of her daughter to Rakhi as she is the mother of Karan so the only person to be questioned is Rakhi, Rishab tries to calm her down but she insists that he bring her daughter, Rishab assures her that he would do all that he can to bring her back, Sameer also comes asking what has happened as he cannot see Preeta,

Rishab orders that he reamin quiet and forces Sarla to drink some water.

Pawan gives the Mantar to the Pandit ordering that he read thwem from the phone, Prithvi wakes up, Pawan hugs him then asks why he was so drunk Prithvi mentions that he was not able to get his love, Pawan mentions that this is why he broguht Preeta, Prithvi is not agble to bear it so tries to free her but he is stopped by Pawan. Prithvi assures Preeta that he would come back after having a short discussion with Pawan.

Sherlin mentopns that she could bnot talk of Preeta but now even is stopped from saying anuything against Sarla, Maira mentioopns that they both must do something because if he wakes up then he will tell the truth about them both, Maira mentions that she did a lot to marry Karan but uis not even able to, Sherlin exclaims that she feels Maira is mad as there are more problems in their life than marrying Karan, Maira leaves then room and is followed by Sherlin.

Pawan hugs Prithvi who asks him to stop as he is getting suffocated, Pawan asks why he did this ebcuase there are a lot more people who love him so he should never do anything of the sort, Prithvi exclaims that he lost the love of his life and so could not resist, Prithvi explains the entire situatioon of how eh was about to marry Preeta but Karna come in betyween and married her, she still loves him so he cannot loose her,

Kundali Bhagya 13th October 2020 Update  ends as Pawan exlplains that she said she only loves Karan so it would be better if he kills Karan, prithvi stops him mentioning that he was not able to marry Preeta before but would now be able to because of him and they would make sure that Karan pays the price for his actions.