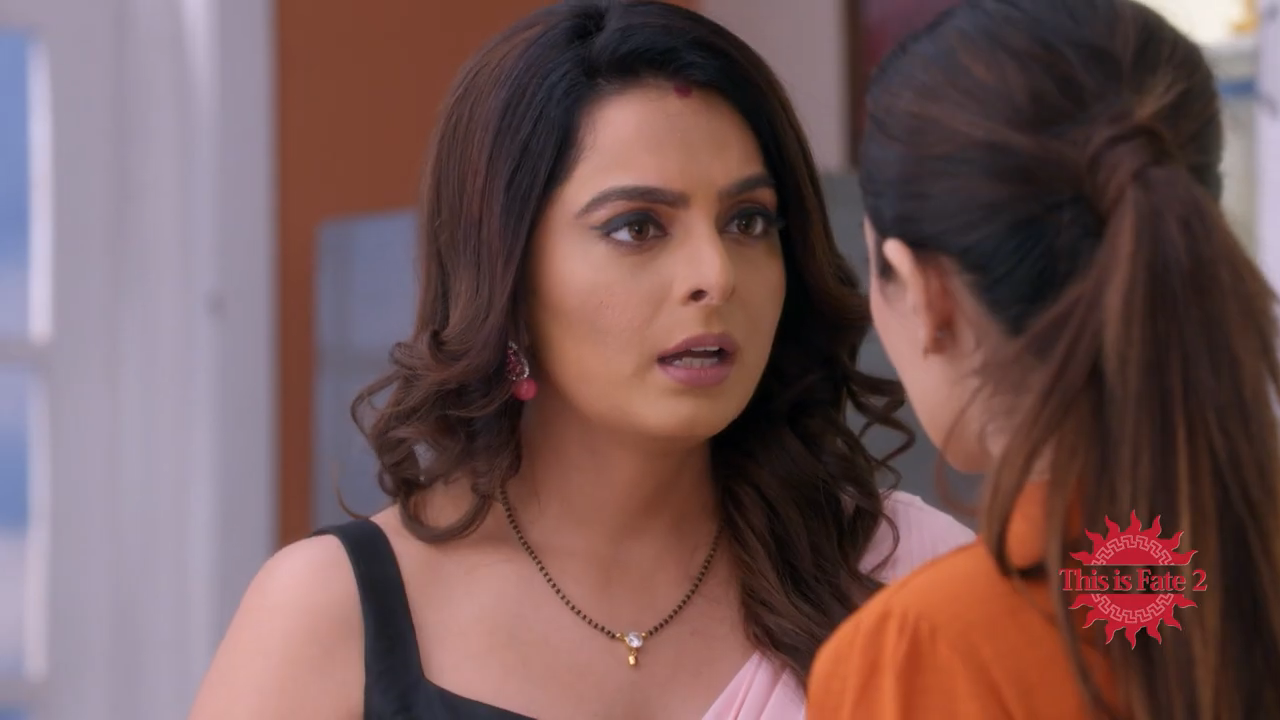 Kundali Bhagya 16th October 2020 Update starts with Preeta getting off the car to get Janki inside. Janki was still throwing bricks towards Prithvi and Pawan’s men.

Kundali Bhagya 16th October 2020 Update – Shrishti notices there was new petrol in the car. Preeta and Janki tell her to find another car, until they tackle these men.

Sherlin and Maira stood outside the room. Sanjana wanted to talk to Karina. Maira gets a sneeze, Ramuna and Sherlin send her away. Sanjana discusses with Karina that Preeta left on her own Munh Dikhai ritual. They must think about marrying Maira to Karan, she belongs to a good family and loves Karan as well.

Karina says she selected Maira and was sure Maira will be the best daughter in law choice for Luthra’s, but she was shocked today how Maira presented drinks to guests herself. She behaved really strangely. She did not want to discuss about this anymore. Her Karan is a good son, he does not deserve either Preeta or Maira. She leaves.

Sherlin thinks Maira has adversely affected her repute in everyone’s eye. She must do something. Outside the room, Ramuna argues with Sanjana that she boasted she would convince Karina. Sanjana replies that her daughter is not her responsibility at any cost.

Preeta and Janki continued their attack on Prithvi and Pawan. Preeta turns around, the bricks had ended. Prithvi was happy to see as Preeta walked closer to Prithvi. He was hopeful if she still loved him. She throws a huge stone which hits Prithvi on his knee. Pawan throws a bullet shot in the air. Preeta and Janki raise their hands.

Pawan threatens Preeta to marry his brother or die. Prithvi taps Pawan’s back determined to snatch his love. Preeta says if even she dies, she won’t marry him. Prithvi says he can not let her die. Shrishti came there in the car and shouts for them to come soon. Prithvi attentively looks down. She pushes a bunch of bamboo sticks over the crowd and gets into the car. Pawan shots a bullet.

Janki removes Preeta from the way and was herself hit on the hand. Preeta pushes her in the car. Prithvi shouts what if Preeta was hurt. The girls fled. Prithvi shouts at Gabbar to start a car but he says there was no fuel. The goons leave.

Sarla tells Rakhi she came here for her daughter’s reception and faced such situation. She might have hurt some of you, she joins her hands in apology, but she is not ashamed of whatever she said. Maira says she hasn’t seen a more stubborn lady than Sarla. Her daughter insulted the whole family, and she stands here shameless. Karina tells Maira she is leaving, she must not say anything.

Sherlin wishes Maira stops talking, otherwise the family will throw her out. Sherlin thinks she needs to do something to clear her image. Rishab questions Maira if no one taught her any manners, Sarla is her mother’s age. Ramuna says not Maira, but Sarla needs to learn manners.

In the room, Sherlin calls police inspector. She introduces herself to inspector Pooja, and says she came to Preeta’s house. She invites Pooja to Preeta’s Munh Dikhai. Inspector apologizes that she got a lot of cases in the police station. Sherlin says she did not tell Preeta about the invitation. She insists the inspector comes here.

Inspector Pooja promises to come. Sherlin thinks that Preeta was winning as hatred culminated in everyone’s heart for Maira. Now, it will be reversed. Kundali Bhagya 16th October 2020 Update

Outside the hospital, Preeta and Sherlin decide to go to police station. Janki forbids Preeta that she promised Rakhi not to create any drama on her Munh Dikhai. She cannot give anyone a chance to any disgrace. Shrishti tells Preeta to go home, as its her function and there are a lot of guests in Luthra house. She and Janki will go to police station.

Janki insists she has to go to Preeta’s Munh Dikhai. They need to teach Maira a lesson as well. Preeta decides to go to Luthra House. It is Maira who needs to see her real place and face; so first things first. Shrishti asks Preeta if she is going to say I love you to Karan today? Preeta does not understand this. Shrishti says Preeta just said all this in front of Prithvi, then why not Karan.

Sarla leaves Luthra House. The family was upset that Preeta invited inspector Pooja and left herself. She wanted to bring them all in a position to be blamed. Sameer was tensed and wonders what he must do. Maira was worried. Sherlin whispers to Maira that she did all this to save Maira’s respect. She suggests Karan to help them.

Maira will wear a veil, and Karan must do couple dance. This will not lend inspector a chance to see Preeta’s face. The guests come inside. Kritika assures that the inspector is a family friend.

Kundali Bhagya 16th October 2020 Update ends as Sherlin announces a couple dance between Mr. and Mrs. Luthra. Sameer gets a message from Shrishti that they are here, right outside the house.