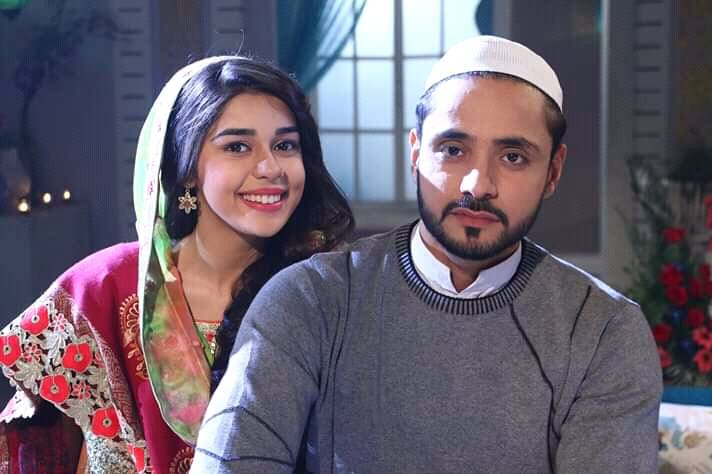 Zara’s Nikah 8th October 2020 Update starts as Kabir and Imran meet investors. Investors see him in kurta pajama and makes his fun. One investor says that this is not your madrasa, you must go to pool in kurta pajama too? Other investor jokes that dont make fun, he might come out of his pajama. Kabir gets angry and grabs his collar. He says let me teach you about fancy dresses.

Kashan says to hell with your anger, take it to your madrasa, our house doesnt run with your anger. Kabir says dont bring madrasa here, who are you if you wear a suit? Kashan says let me tell who I am, this house runs by me, I work hard to earn money. Shahbaz says what are you saying? Kashan says he has to listen, since he became vice president, all are pampering him but who is he? he cant even earn a penny, he is an illiterate studied from madrasa. Kabir shouts thats why I am working for future of kids.

Kashan says make your life first, Salma was right, your life is full of debt, whole of it is a debt. Kabir is hurt hearing all this. Zara says Kashan.. Kashan says no, he can brag about his position but it doesnt fill stomachs, we work hard to earn unlike him. Zeenat calms Kashan and takes him from there. Zara comes to Kabir but he shakes his head and leaves. All are tensed.

Kabir is sadly sitting in his room and recalls Kashan’s harsh words, how he runs the house, how Kabir cant earn money and his whole life is a debt. Kabir cries. He imagines Kashan taunting him that your life is empty like this room, I will get your position because you snatched it, you drive a car but you are useless, you live in a house but you are homeless, you became vice president because of others, you are nothing, you have no worth.

Kabir gets angry and breaks chair in anger, he screams and cries. Ayesha is knocking on his door and asks him to come out, I will ask Kashan to say sorry to you. Alina says talk to us. Zara says let him be for sometime, let him take out his anger. She takes Ayesha and Alina from there.

Zeenat gives charity for Kashan and says you made me proud today, I feel like elder daughter in law today. I used to feel my husband has no value but what you did today, I can proudly tell Zara and Kabir are living on our favors, we are raising them.

Kabir comes to Shahbaz’s room but turns to leave. Shahbaz comes there and hugs him.

Zara is worried for Kabir and says he is not in his room, where did he go?

Kabir says to Shahbaz that what happened was wrong, you are responsible for it, you kept telling me to become president of this city, you sent to madrasa, I became priest, you asked me to become leader for this nation, I did everything to fulfill your dream and now I see this? Kashan taunted me infront of all, infront of my wife that I am nothing but a beggar, if respect means earning money then you should have told me and I would have done everything to earn money, why did you ask me to work on making my name? Shahbaz says I want to tell you that Kashan and you are different,

Kashan runs this house but your work is not to earn money, your mission to make this house proud, you will become leader of this nation, you will not run one house, forget about Kashan, its how he sees things but you have to touch sky, money doesnt matter to you, your father has everything sorted so follow your religion, become leader of whole country. Kabir thinks about it. Shahbaz says poetry for him and says you are a light that lights up after 1000 years.

Kabir smiles and hugs him. Zara hears all this standing on door. She looks on and leaves. Zara think that Kabir will move ahead in life if he takes religion and world both, I will make him realize that you can be successful only when you run your world and religion side by side, I promise to help you.

Zara recalls Shahbaz’s words to only work on religion and dont think about world. She thinks that Shahbaz showed only one side of image to Kabir and I will show him other side.

Zara is walking in corridor when she hears Kashan talking to Shahbaz. Shahbaz says to Kashan I failed in teaching you business. Kashan says I have been giving you profit. Shahbaz says business grow with vision, you couldnt see my vision, my vision is to get sharia board, why did I send Kabir to madrasa? made him vice president? to make him leader of nation? No, my vision is different, you know there are many institutes of sharia board in city, there are many properties under them, I eye them all, I want to get all business from sharia board.

Kabir can become leader of nation but we will do business for sharia board. Kashan says you started planning for today from 20 years back? Zara is stunned and thinks how Shahbaz trapped them from both sides. Shahbaz says to Kashan that this is my vision, we just have to make sure that Kabir runs on path we have defined for him and then we will be fine. Kashan hugs him. Zara is stunned to hear all that and thinks to tell everything to Kabir.

Zara recalls Shahbaz’s words that he is behind sharia board business and wants to get it. How he asked Kashan to keep Kabir under control. Zara’s Nikah 8th October 2020 Update

Zara knocks on Kabir’s door and says Kabir? Kabir says I dont want to talk to you, go to sleep. Zara says its important, I am standing on door whole night. Kabir says I dont care. Zara says listen to me. He doesnt open door. Zara waits outside. Kabir lies on bed but cant sleep. He sees its 1AM and calls Zara. Zara ends call.

Zara thinks Kabir thinks he is doing help for nation but Shahbaz is doing business. Kabir thinks that I know she is stubborn but its cold outside and she is my wife.. he tries to open the door but thinks if I listen to her today then I will keep listening whole life.. till she is sitting outside, I cant sleep. He comes out and says you cant let me sleep, he drags her. Zara says I have to talk to you about father. Kabir stops and asks what about father? I will call him, you can talk to him infront, he calls Shahbaz.

Zara thinks its useless to tell anything to Kabir, he wont listen to me, I will tell him on right time. Kabir says should I call father? Zara says no, can we talk about you? Kabir drags her to her room. Zara says you changed your room, you said you are searchin for your path in world, you got God’s path and win world. Kabir puts her in room, locks it from outside and says you will know which path I am going to follow tomorrow morning. He turns to leave but then unlocks her door and leaves.

In morning, Zara says I am late for breakfast, dont know what decision Kabir took. She comes in lounge to see Kabir hugging Kashan. Shahbaz says you both are my support, its not about earning money but utilizing time, Kabir will spend time to do work for religion and Kashan will do business. Kashan and Kabir smiles. Zara is tensed. Alina rushes to Zara and says father made them made up. Zara looks at Kabir tensely. He looks away. Zara thinks that what is shown is not like it.

Irfan says to Zara that you seem like you are hiding. Zara thinks I cant tell him before Kabir. Irfan says Shahbaz have made Kabir believe to only follow religion but you have to make him believe that world is important too. Salma says let me tell what to do, she tells her some idea.

Scene 2Zara comes to dargah and says I always prayed for others but give me strength to follow the path I am going to follow. She sees priest who said she is going to lose someone soon. Priest stops her and says did you decide to walk on thorns? they will taunt you for being bad daughter in law, they will curse you, pain you but then you will get win, will you be able to do it? Zara smiles.

All are having breakfast. Zeenat says Zara didnt make anything, she might not be happy that we are not fighting. Zara comes there in torn clothes and goes to take food. Ayesha asks what is this? Zara says my husband doesnt earn so I dont have right to wear good clothes, I dont have rights to eat good. Kabir asks if she is in senses? Zara says right, you cant even give me these clothes.

Kabir throws plate in anger. Zara says you want to tear these clothes too? Kabir says leave otherwise.. Zara says what will you do? Zeenat says you want to say he is a beggar? Zara says even beggars earn some money. Shahbaz says enough, we are bearing your taunts because you are daughter in law otherwise no one is beggar here. Zara recalls Shahbaz’s trick.

Zara brings Quran and shows it to Kabir, Zara says tell me how much money you gave me after marriage? Kabir says you have everything in this house, you get good clothes, I work for this nation. Zara says my father is priest of nation, he doesnt get a penny from there, but he took care of my mom and me, he did a business of printing press to print Quran so why you dont earn? Shahbaz says he is not alone, we all divide money in this house.

Zara’s Nikah 8th October 2020 Update ends as Zara shows her Quran and says I promise that I never wanted to divide this house, I will live in this house with my husband’s standard, he can beat me but I wont stop asking him and living like this till he tells me about his income. Alina says lets go. Zara takes one roti, and eats it with salt. All look on. Kabir gets angry. 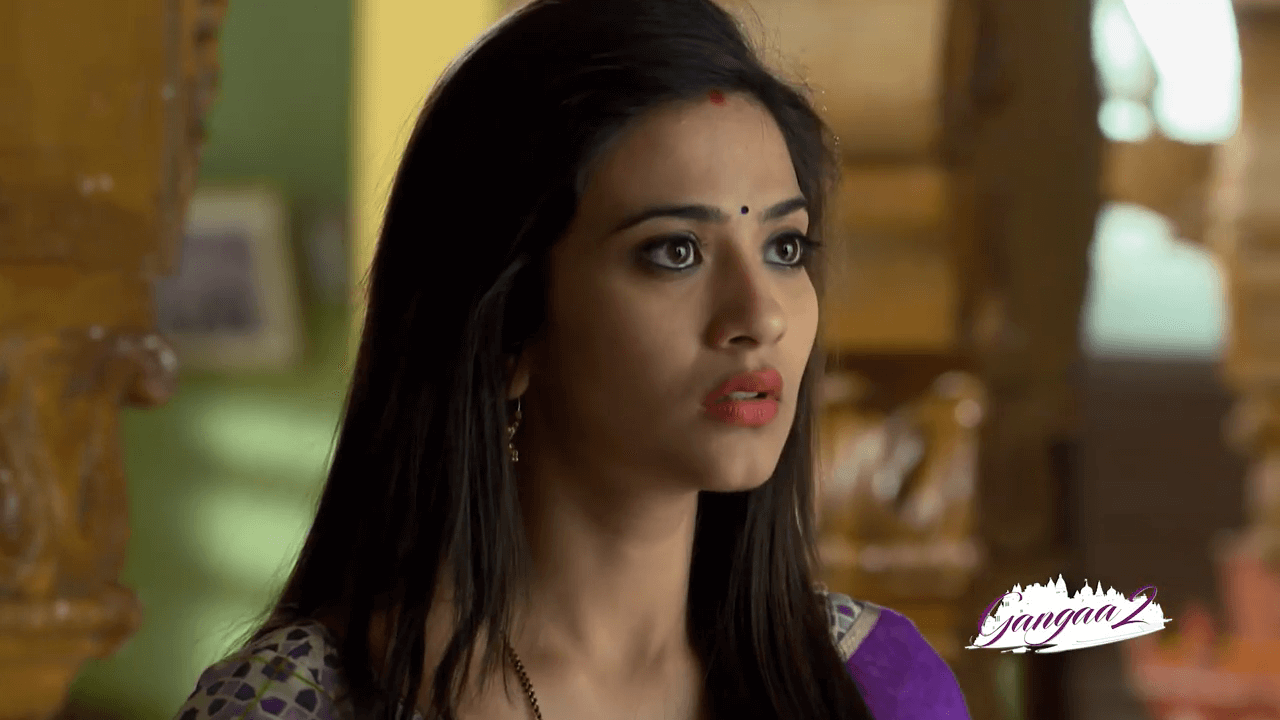 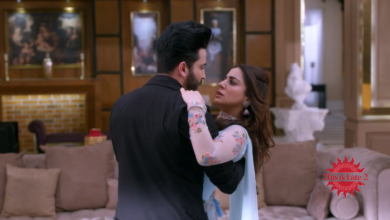