A tanker truck explosion on a highway in Bologna, Italy, has left at least three people died and 67 were injured.

Footage of the incident which occurred today, showed an enormous fireball and plumes of thick, black smoke in the sky . The explosion ripped through the pavement, leaving huge holes in the road surface. Marco Granna, a spokesman for the local health agency in Bologna, revealed that 55 people were taken to the hospital for treatment of first-, second- and third-degree burns. The news agency ANSA said the tanker was carrying liquefied petroleum gas.

Terrified residents reported that their houses “shook” when the vehicle exploded at around 12.50pm. Nearby residents were evacuated from their homes after explosions shattered windows. 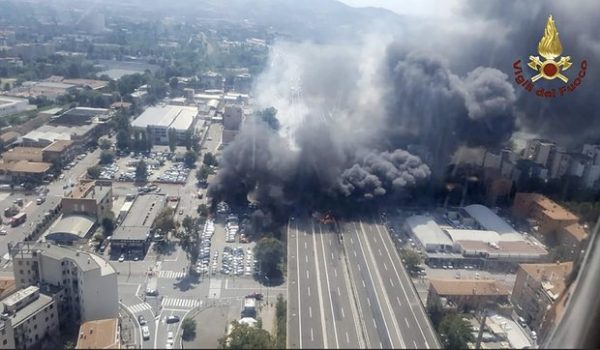 A picture from closer to the scene shows cars at a Peugeot dealership in flames along with a flyover running alongside the business. Multiple cars underneath the motorway were also on fire.

Workers from the Red Cross said more than 250 volunteers helped at the scene. Dramatic footage from the scene taken by a motorist driving towards the explosion shows a significant blast before he reverses away from the scene. The blast triggered a series of explosions that grew in ferocity this afternoon. Firefighters battled the flames at the scene on the bypass in Borgo Panigale. 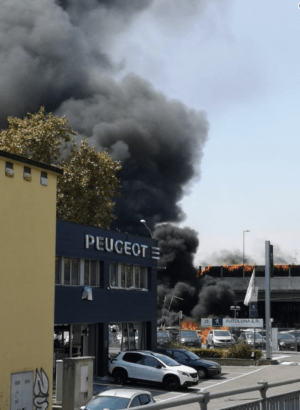 A helicopter took water from the Rhine river to extinguish the flames. Ambulance crews and a police helicopter were also in attendance. Drivers were warned of impaired vision in the vicinity of the fire as plumes of smoke spill into the surrounding area. The road was closed in both directions.

Italian news channel Sky TG24 reported that some of the injured people had been hit by flying glass when windows in nearby buildings exploded.

“Due to an accident on the highway, an explosion occurred resulting in a fire at Via Marco Emilio Lepido.

“Circulation compromised, not only on the motorway, but also in the Borgo Panigale area.”

The cause of the explosion is not yet known. Bologna is the lively, historic capital of the Emilia-Romagna region, in northern Italy. More photos below: 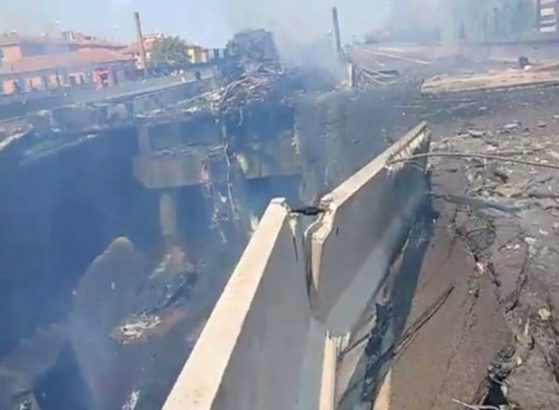 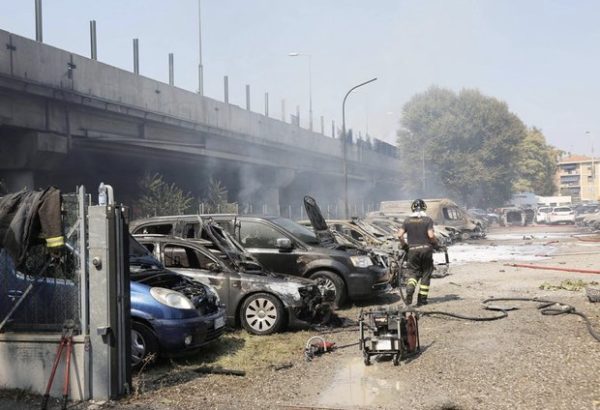