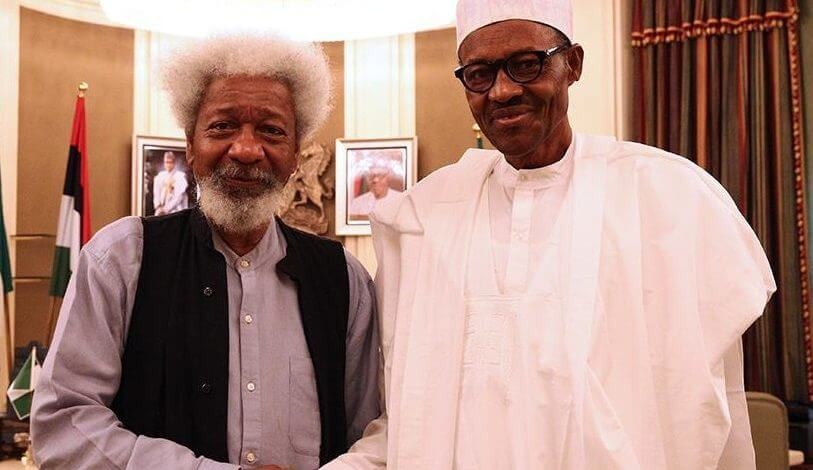 In an interview on Arise TV on Monday June 14, Soyinka stated that there should be an acceleration of actions to retrieve the country from the edge.

“First of all, he should start talking to people like a leader — and a leader who is awake to the realities of the situation. Then, let us see actions being taken.

“I’m tired of hearing things like ‘you will see differences in a few weeks’ time’. We are tired of that. He’s got to put his cards on the table and take people into confidence.

“He’s got to stop exuding a false confidence, because that kind of confidence is totally false. It is not based on realities, and we’ve got to see an acceleration of actions to retrieve this nation from the very edge.

“It is no longer a problem of the people,; it is a problem of leadership, because the people have shown themselves ready to act, to save their own community.”

Soyinka accused Governors of being timid and also alleged that lawmakers are not doing enough, while pointing that there are some parts of the constitution that haven’t been explored.

“Members of NASS are not doing enough. If you study the constitution very carefully, you will realise that they have certain powers which they haven’t touched.

“There are certain areas they can compel this government to act the way it should, and that applies especially to governors — the governors themselves are too timid.”

The nobel laureate also warned Nigerians against spreading fake news as it is going to make them lose the kind of support they have from people like him.

“At this sensitive time, I must warn Nigerians to stop playing around with such serious issues, otherwise they are going to lose the kind of support they have from people like me.”

​President Muhammadu Buhari, Monday ​night ​said the nation’s security ​and anti-corruption ​agencies were free ​to probe sacked Secretary to the Government of the Federation, Babachir Lawal, and the Director General of the National Intelligence Agency, [Read More]

Junaid Mohammed, Second Republic lawmaker, has admonished the President Muhammadu Buhari-led Federal Government to stop lying to Nigerians over the country’s situation. He noted that the Federal Government used the whole of 2017 lying to [Read More]

I dare Buhari, others to report me to EFCC – Atiku

The presidential candidate of the Peoples Democratic Party, PDP, Atiku Abubakar, has challenged President Muhammadu Buhari and anyone else accusing him of being corrupt to report him to the Economic and Financial Crimes Commission, EFCC. [Read More]