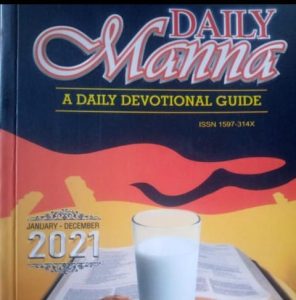 Topic: Standing In The Gap

TEXT: Numbers 16:41-50
41. But on the morrow all the congregation of the children of Israel murmured against Moses and against Aaron, saying, Ye have killed the people of the LORD.

42. And it came to pass, when the congregation was gathered against Moses and against Aaron, that they looked toward the tabernacle of the congregation; and, behold, the cloud covered it, and the glory of the LORD appeared.

43. And Moses and Aaron came before the tabernacle of the congregation.

44. And the LORD spake unto Moses, saying,

45. Get you up from among this congregation, that I may consume them as in a moment. And they fell upon their faces.

46. And Moses said unto Aaron, Take a censer, and put fire therein from off the altar, and put on incense, and go quickly unto the congregation, and make an atonement for them; for there is wrath gone out from the LORD; the plague is begun.

47. And Aaron took as Moses commanded, and ran into the midst of the congregation; and, behold, the plague was begun among the people; and he put on incense, and made an atonement for the people.

48. And he stood between the dead and the living; and the plague was stayed.

49. Now they that died in the plague were fourteen thousand and seven hundred, beside them that died about the matter of Korah.

50. And Aaron returned unto Moses unto the door of the tabernacle of the congregation; and the plague was stayed.

In order to avert colossal loss among His people, God often makes a way of escape; and to prevent a conflagration, He causes the rain to dampen the forest and woodland.

God will always appoint a deliverer for Israel. Already the outcome of sin and rebellion of Korah, Dathan and Abiram had set the congregation of the children of Israel on edge. Some disenchanted and disgruntled individuals who are carnal aroused the people to murmur and complain openly against Moses and Aaron, accusing them of killing the people of God. This action kindled the wrath of God upon Israel. No sooner had the protesters gathered to mob Moses and Aaron than the cloud of glory of God appeared with vengeance against them.

It was the timely intervention of Aaron as a consecrated and committed high priest who offered acceptable sacrifice on behalf of the rebels that saved the situation. Aaron as a competent frontline priest stood between the living and the dead – interceded until the plague stopped.

Today, “The plague is begun,” according to Aaron! Already the world has gone through a pandemic and this simply is the beginning of sorrows. We, like Aaron, must waste no time to rescue the perishing among us – those in our families, neighbourhoods, workplaces and on the streets. We must not relent to occupy fully for the Master like Aaron the high priest did. By so doing, God will deliver them from the wrath to come.

THOUGHT FOR THE DAY:
Rescue the perishing and care for the dying.