A woman has decried the behavior of her husband who starves her emotionally and sexually and is also physically abusive towards her.

The woman from Anambra state, Nigeria, went to the humanitarian group Due Process Advocate, DPA to seek help as regards her predicament. She complained that her husband beats her, even when she’s pregnant, cheats on her, and never makes love to her except she begs for it.

She said: “I have to beg him before he make love to me. Sometimes he give me half chop and complain tiredness. I will endure because I am from poor family.”

The mother-of-five said he also intimidates her such that she can’t talk back at him. She went on to reveal that he dates married women within their neighborhood, even women in their compound and in their street. He doesn’t try to hide it and goes as far as answering their calls in her presence. But she can’t confront him because that will only result in more beatings.

Having endured these, she now wants to leave the marriage but doesn’t know how to proceed, especially as the man only paid her bride price and they never had a traditional, court or church marriage.

Below are screenshots of the message she sent to DPA. 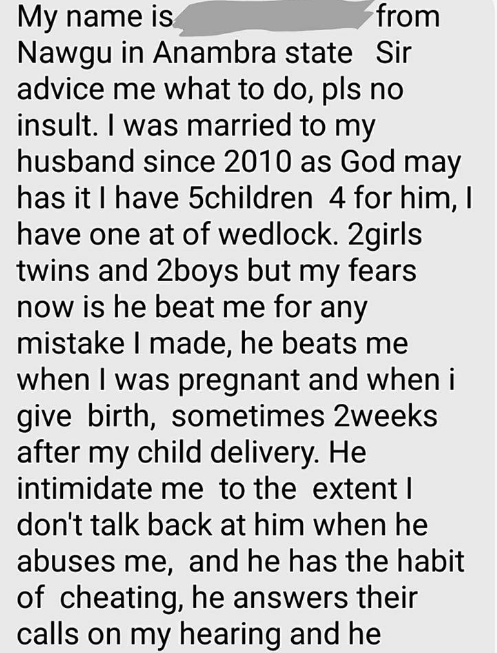 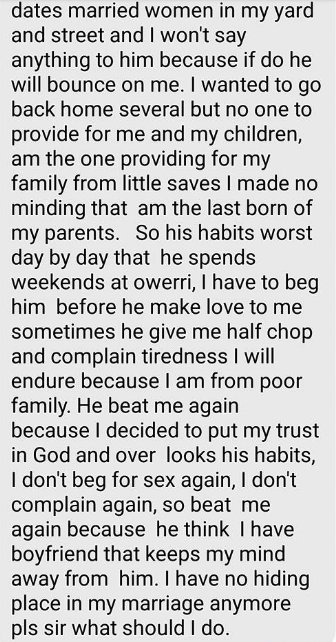 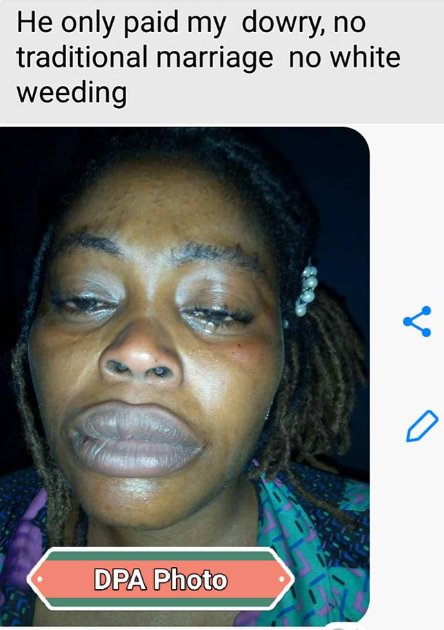 BBNaija: Pre-wedding photos of Anto and her man surfaces online 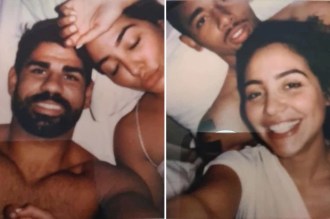 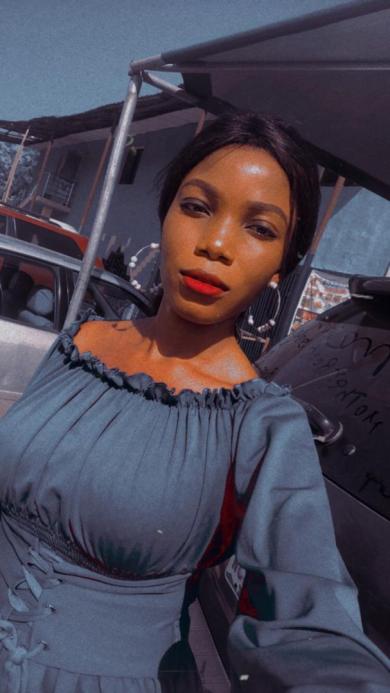