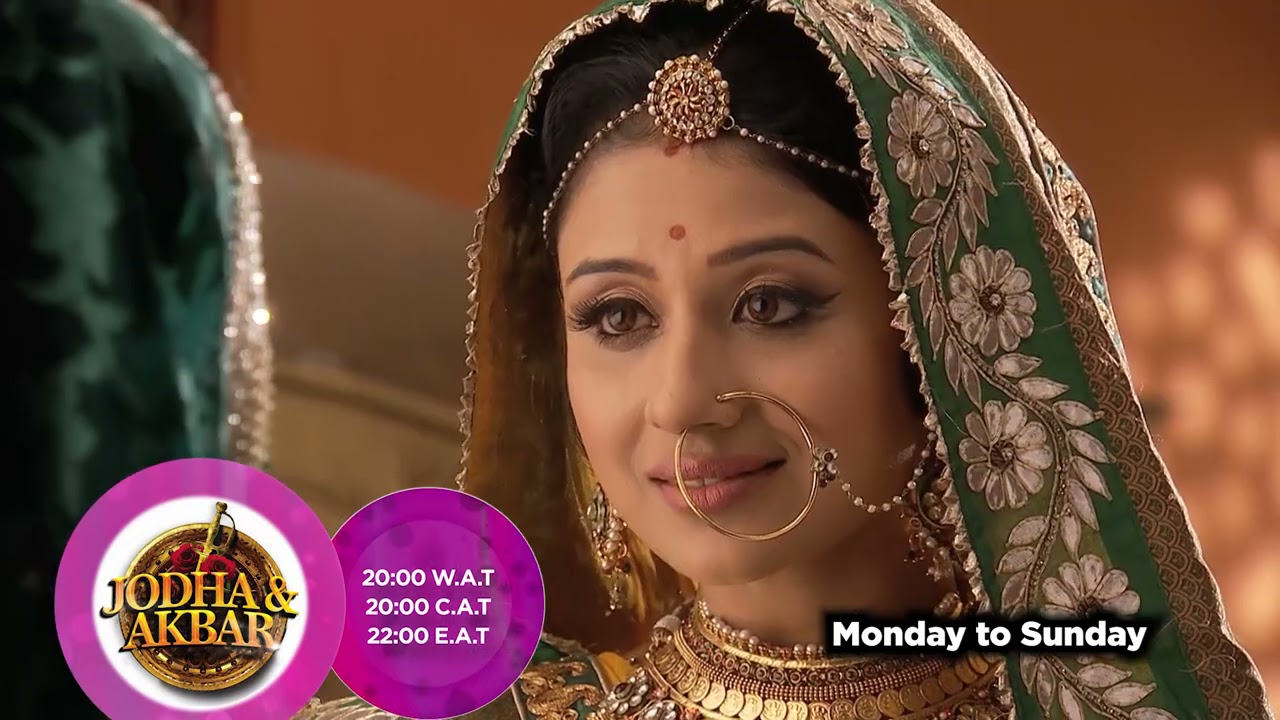 Jodha Akbar 21 June 2021 Update starts in night, at river bank, jalal sits in boat, benazir waits he doesnt give hand at first but then gives, she sits and says can i sail this boat? jalal says whats the need, benzir says i can easily sail, jalal ask sailor to get down. she starts sailing boat, its dark.

Benazir delibrtley slips but jalal holds her and ask her to careful, she thanks him and says whenever i am about to fall you always save me, Jodha and salima sees them from far, benazir is about to kiss jalal, jodha points arrow weapon at her, salima says what are you waiting for, jodha says you are right and fires the arrow, benazir gets saved(jai kali plays), jalal is shocked and shouts benazir. benazir again tries to kiss but jodha agian fires arrows, jalal ducks her down, soldier comes, salima says now what?jodha says i know how to escape from here, dont worry, lets go.

Salima and jodha are in palace, salima praises her for her bravery, jodha says i took training in amer, salima says you saved jalal and that secret way? jodha says jalal once took me from that way, Salima says God is with us, think you hit arrow at right time and we reaching palace at right is not just a coincidence but blessing, jodha prays it remains like this. jalal comes with benazir and ask atgah to find about the matter, jalal looks at jodha and goes.
In court, jalal ask atgah about the culprit, atgah says they ran away but i find out the arrows and these are mughals.

Jodha is stunned. Jalal says so he is our own. atgah says maybe it is mali’s trick or maybe someone from palace is on his side. Jalal says no its not mali’s tricks because i was not attacked, benazir was attacked. I think he thinks that benazir is poisonous lady, jalal says anyways find about this matter, he ask all to go but stops jodha.

He ask her what you think who did this? jodha says your enemy, jalal says no he wasnt my enemy as he didnt attack me, he says remember when we were going amer one man attacked and i saved you, me and benazir were and was very close. jodha sees wound in his hand and ask how you got this wound, jalal says while saving benazir. He says someone who thinks her as poisonous have attacked but you also thinks in same way so did you do this? jodha is shocked, jalal says not you cant do this, you cant attack me, jodha leaves. jalal is thoughtful

Jodha thinks jalal get to know about my attack, salima comes and says thank God jalal left you free and he didnt know about it, jodha says no he got to know about it, his talks was mysterious but he didnt scould me only asked me to go. Salima says maybe he loves.. jodha cuts and says its not important now soldiers will around jalal, salima says so benazir will also be away from him, jodha says not for much time, she will attack again, we have to think how to stop her.

Benazir says to zakira that we dont have much time, she ask about the man who was coming to help her in her mission, zakira says he cant come in palace, benazir says we have to think something and do our lass attack. Jodha comes and says last attack? i will not let that happen, benazir laughs and says you will stop me? have to say you have guts, you came in poisonous lady’s room all alone,

Jodha says i am rajvanshi dont get afraid of anything, if snake itself comes then i will crush him too, benazir tries to touch her but jodha says dont touch me you ugly women, benazir says jalal wants to marry this ugly women, i should thank you that because of your allegation i am marrying jalal’ he is dying to get killed and you will not be anle to do anything, jalal is accepting me.

Jodha says you are trying to satisfy yourself because you failed everytime, its rule that truth always win and i will show your true face to world than you will be crushed, benazir says i will do my work and will leave form here, you will be just seeing, now go i want to get ready as i want to look like begum, jodha says try as much as you want but remember till jodha is alive no one can harm jalal.

Benazir says wow what a love, jodha says my promise, when i married him, i promised that i will be always there for him. Benazir ask you dont get afraid of me? jodha says you dont know about meera bai, i am rajvanshi and i will not let you win in this, its a promise she leaves. benazir says if its my last then i will bite her too before i die, she says i have to meet that guy who came to help, i will go and meet him.

Hakim is asking jalal to apply medicine, jodha comes and says i have made remidy, i will apply it. Ruks comes and shouts that where were you when he attacked and what about culprit, one soldier says he was from palace only, ruks says from now one jalal’s security will be tight. Jalal ask jodha why dont you let hakim do his work, your this habit is amazing first give the wound then apply medicine, jodha looks at him stunned.

Hameeda is praying in her room, Salima comes in Hameeda enquires whether there has been further progress in Benazirs case and is told that nothing has happened so far and she narrates the nights events, Hameeda gets wildly angry and decides to confront Benazir And make her spit out the truth but is counseled but is counseled by Salima to exercise patience, Salima tells Hameeda to leave the Benazir issue in Jodha’s hands as she feels that Jodha has begun to love Jalal and it is better that she gets more oppo to get closer to him.Hameeda is lost in admiration at the large heart of Salima which known no jealousy about the other wifes of Jalal.

Jodha is in her apartment, upset that she did not apply thebalm on Jalal’s hands ..Moti enquires the reason for her absent minded ness and the pent up feelings burst forth as Jodha narrates how Ruqaiyya forced her away from Jalal. Moti hints that she might be in love with Jalal and thats the reason why she keeps on going to Jalal despite he being angry on her, scolding her etc etc..Jodha retorts that he might be angry but she is not and moreover she is doing this cuz duty demands it and she is being a dutiful wife, saying so Jodha walks away.. Moti smiles to herself and thinks this two are very stubborn, both love one another immensely yet refuse to acknowledge it.

Ruqaiyya is in her room, quite irritated and refusing to eat .. Maham walks in there and realizes that Ruqaiyya is angry on Jodha and is agitated about the ruses that Jodha employs to get closer to Jalal. Maham cautions Ruqaiyya against complacency and says there is a way to reduce the influence of Jodha on Jalal, Ruqaiyya is eager to know the means and is told that Jodha must be thrown out of the palace and packed off to Agra.Ruqaiyya is left fuming and trying to figure out ways of keeping Jodha away from Jalal.

Benazir is impatient and is trying to find out ways of getting abul Mali out of prison andis also on the lookout for more venom to feed , Just then secret message comes via a watermelon giving out the blueprint of the Prison , Benazir is happy and decides to meet Kamal Khan ..some courier who will help them.

Salima and Jodha who were in Jodha’s palace discussing about their next move are informed by Moti that Benazir is going out of the palce disguised as a slave, Jodha and Salima decide to follow her disguised themselves.

Maham diverts the issue and asks about the person who atacked Jalal, Atgah replies that he has not found the person yet , Jalal tells Atgah not to pursue the issue further as he is sure that it is someone close and that he will find out the person himself, there is a enigmatic expression in his face while saying so. Jalal continues his questioning and probes about Shivani and tejwant, He is told that no clue has emerged about their whereabouts, Jalal insists that they must be caught ASAP. Jalal turns to Adham , enquires about the Malwa conquest , Adham assures him that things are under control , Maham beams proudly.

Jodha Akbar 21 June 2021 Update ends as Benazir realizes that Salima and Jodha are following her , she tries to fool them ..Salima and Jodha realize that Benazir has come to know that she is being followed and is attempting to divert them..Just then the Town crier comes and informs the common people not to drink the water from a certain well as the water of the well has turned poisonous , Salima and jodha realize that , THAT was the well in which Benazir had jumped !! Salima is happy that they have got proof now.