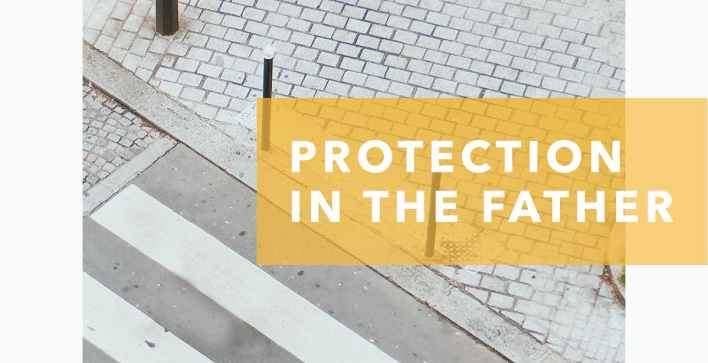 TOPIC: Protection in the Father

Scripture: For Christ also suffered once for sins, the just for the unjust, that He might bring us to God, being put to death in the flesh but made alive by the Spirit. – 1 Peter 3:18

Message: Can I show you a beautiful picture of God’s love for you found in the story of Daniel? In Daniel’s case, the law of the land was violated and, in spite of his love for Daniel, the king had to carry out the law and punish Daniel. If he hadn’t, he would have been an unrighteous king. Now, imagine if someone came again a year later to accuse Daniel of this crime and asked for Daniel to be punished again, what would the king do? Would the king throw Daniel into the lions’ den again? No! Daniel had already been sentenced; he had already paid the price for his violation of the law.

My dear friend, because our Lord Jesus has been punished on the cross in your place, the devil cannot come to the King and ask for you to be punished and thrown into the lions’ den. You see, your sins were forgiven not because the King simply decided to close an eye and let you off the hook. The King forgave your sins righteously after judging them in the body of our Lord Jesus Christ. He who was completely without sin took your place and bore the full weight of the punishment for your sins (see 2 Cor. 5:21). ALL your sins have been legally and judicially judged at the cross. Because of His finished work, once you received the Lord Jesus into your heart, God’s justice and righteousness are on your side!

Do you know how much God loves Jesus, His beloved Son and the apple of His eye? Then I pray that you will have a revelation of how much your Father in heaven loves YOU. To redeem you, God paid the price with the blood of His only Son. It must have been a most difficult decision for Him. None of us would ever fully comprehend what God experienced in sending His own beloved Son to the cross. We catch just a small glimpse of the torment that God suffered when we read about King Darius’s suffering. King Darius wanted to save Daniel, but he could not violate his own law. Similarly, God loves His Son, but He knew the only way to save us, who had violated the law, was to sacrifice His own Son, Jesus Christ. May this revelation of His amazing love and grace give you boldness to come freely to Him and find protection under His wings.

This devotional is adapted from The Prayer of Protection Devotional. Find out more about the book here.

Joseph Prince Devotional 15th January 2021 Message – Joseph Prince (born 15 May 1963, Singapore) is the senior pastor of New Creation Church in Singapore, one of Asia’s biggest churches. He was one of the church’s founders in 1983