Kundali Bhagya 7th December 2020 Update starts as Preeta is not able to sleep, she while lying on the bed takes out a ring and remembers how her father made her promise that she would meet her mother, Preeta thinks that she always remembers with the ring which he gave to her, she thinks that Mahesh is in a coma and she tries to take a lot of care but is not able to because he has a lot of enemies in this house, she thinks how her mother was locked in jail when she is suffering for the fight between herself and Mahira.

Preeta starts to cry and Karan hearing her cries wakes up, he lights the room and stands beside her, she realizes that he is standing so sits up, karan inquires what has happened, Preeta mentions that she is really remembering her father and mother is worried about how she would have been arrested. Karan advises that she should talk with Sherlin to take back the case but Preeta refuses then Karan mentions that they will meet her mother, Preeta asks if they would just now at which karan agrees, she goes to wash her face then turns to hug him before leaving.

Sherlin mentions that no person could get bail if they are charged with murder, Mahira inquires how would they have known who poisoned her, Sherlin mentions that if they found poison then she would be blamed, she mentions that the family loves her a lot, Sherlin explains that Rakhi did not accept their marriage but now has accepted her and is the one to protect her in every case, She explains how Mahira sent the sweet mixed with poison to Preeta with Rakhi and when the doctor would test the sweet, they would come to know who was the one behind it as Rakhi would never hurt her daughter In law and they know she doesnot like Preeta, Sherlin explains how she would be the one to go to jail which makes Mahira realize and she exclaims that she doesnot want to go to jail,. Sherlin asks her to consult with her before making any plan.

Karan is driving the car while taking Preeta to Sarla’s house he looks at Preeta who is really happy however he thinks that why is he not feeling the same, Preeta asks what is worrying him so much, they reach the house and she gets off, karan mentions that when he should be happy that she is now living with her mother and he would get the whole bed and all the necessities for himself but he knows she would not be on the couch and Perhaps it si something however is not able to say anythin.

Preeta starts walking towards the house, he takes her hand, stopping her from behind, he says that whenever in the future he asks her to go and stay at her mothers house, she should deny it because he cannot say it clearly that he would miss her, will she also miss him, Preeta mentions that she doesnot know it clearly.

Preeta asks him to come and stay with her in their mother’s house Karan at first agrees but then denies mentioning that if he comes with her then they would all start taking care off her which he doesnot want as it is the night when she should be with her mother, he is not able to leave then finally walks to the car and sits even when he doesnot want to, he finally leaves her standing in front of the house, karan thinks that he is feeling really bad that he is leaving her like this, he waves her one last time before she turns to walk towards her mothers house and he drives off.

Ramona exclaims that she knows what happened was wrong but Sherlin acted in the right manner, Mahira mentions that she was angry with her and could not control herself, Ramona mentions that when they are angry then they are not able to control their actions, she explains that Sherlin is really clever and also has a really sharp mind and above all of that she does not know how to loose and no matter what happens she should never break her friendship with Sherlin as she would lose everything that they have worked for with her mistake as it is said that they should not fight with the crocodile while staying in the water, she orders Mahira to forget about Preeta and sleep as if she is not well rested then would not be able to win the fight.

She ends the call. Ramona gets frustrated while thinking of Sarla, she exclaims that she would never forgive Sarla for the embrassment which she caused at the Luthra house and Preeta for the insult in the market, she throws her phone in anger on the table.

Sarla comes to the hall inquiring what has happened with Shrishti and Janki as they both are really sad and why are they looking so worried, Janki is crying so Sarla asks what has happened and did she say something, Shrishti explains that she doesnot have always been wrong, Shrishti tries to explain but Janki stops her, Shrishti then exclaims that they were talking what would happen if she is not with them tomorrow, Sarla calls her explaining that she doesnot always scold and also loves her but when they are together then would be able to fight every situation that comes before them as a family which is why she had made a sweet dish just for them all, she wishes that it would be better if Preeta was with them.

Preeta then comes to the door, Sarla seeing her refuses to believe that she has actually come and mentions the dress which she has worn, she says to Shrishti that she is missing Preeta to the extent that is seeing her everywhere, Preeta exclaims that she is actually in front of her, Preeta hugs Sarla and is really happy to meet her.

Mahira is not able to sleep and is wondering what her mother told about Sherlin and how clever she is, Mahira sits up then thinks that she would apologize to Sherlin as she was right and is the only one who would be able to help her.

Preeta explains that she was really missing them so came to meet them all, Shrishti stops her asking that Preeta would explain, Sarla inquires if she had a fight with karan and did she come after fighting with the family however Preeta denies everything,

Kundali Bhagya 7th December 2020 Update ends as Sarla exclaims that they have fought a lot of battles and would also face the entire situation with each other, she asks her to first eat the sweet dish which she has made. Preeta while crying hugs her Sarla asks her to stop. 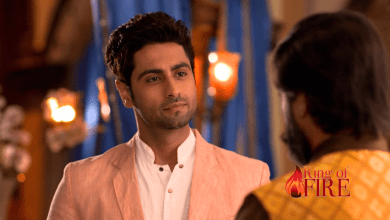 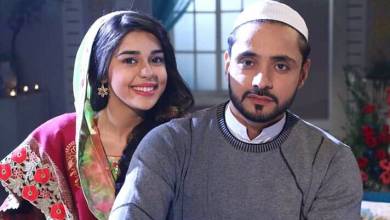