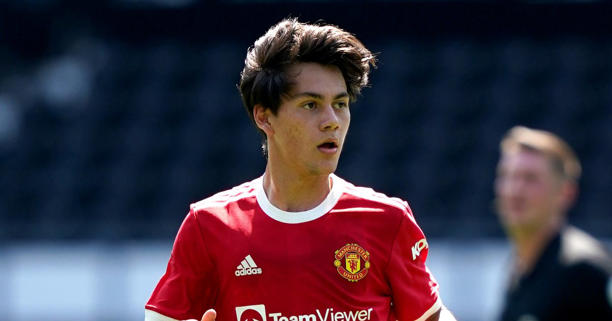 Manchester United youngster Facundo Pellistri will look to leave the club in January after failing to play a single minute of competitive football under Erik ten Hag.

The winger, who still hasn’t made his senior debut for United, missed out on a loan move in the summer and is now seeking a permanent exit, according to report from AS.

Pellistri joined the club from Uruguayan club Penarol for £9million back in 2020. The player, once dubbed as a wonderkid, was recommended to the club by Diego Forlan.

The former Manchester United star nudged Pellistri in the club’s direction, with the youngster snubbing a £6.3million bid from Lyon.

The 20-year-old player was one of four signings made by former United manager Ole Gunnar Solskjaer on transfer deadline day.

In January 2021, Pellistri was sent on loan to Deportivo Alaves where he made 35 appearances but failed to score a single goal. The player returned for pre-season action with United in the summer and even scored in a 4-0 victory over Liverpool.

Despite this, Erik ten Hag has not used the player since, raising questions over the player’s future.

Pellistri’s contract is set to expire in 2025, though according to AS, a permanent switch could be made as early as this January.

The Uruguay international has made the nation’s World Cup squad and will fly to Qatar in November. A solid performance at the tournament could allow Man United to sell the winger for a higher price.

Pellistri is not the only name who could go through United’s exit door this winter. Brandon Williams and Aaron Wan Bissaka are also expected to depart.

Williams has struggled with an injury this season and hasn’t made a single appearance under Ten Hag. The 22-year-old spent last season on-loan at Norwich where he made 29 appearances.

Wan Bissaka has also had his fair share of injuries this season. The player made one appearance under the new United manager after coming off the bench in the 2-1 win over Liverpool last August.

The former Crystal Palace man made 25 appearances last season, though his days at Old Trafford appear to be numbered.

Another name linked with a move away this January is Cristiano Ronaldo. The Portuguese forward has played the full 90 minutes in United’s last four games. That’s his longest run away from the substitutes bench this whole season.