Join Pastor Jerry Eze this morning at New Season Prophetic Prayers and Declaration (NSPPD) tagged “All Doors Are Open, Ephphatha” Your life will never be the same. It’s full of prophetic declarations. God bless you as you join Today’s Fire Prayers.

FOCUS: “And it came to pass, when all that knew him before time saw that, behold, he prophesied among the prophets, then the people said one to another, What is this that is come unto the son of Kish? Is Saul also among the prophets?” (1 Samuel 10: 11)

Saul was not even yet pronounced as king when people around him had already begun to wonder what was going on in his life. There was so much more that was yet to unfold, but those who knew him were already wondering. Hear me as I hear the Lord: as people wonder on account of the new things that God is set to make happen for you, more new things will emerge. More good news will show forth as men wonder about your last good news. You will have more reasons for men to be amazed.

1 Samuel 2: 8 says: “He raiseth up the poor out of the dust, and lifteth up the beggar from the dunghill, to set them among princes, and to make them inherit the throne of glory: for the pillars of the earth are the LORD’S, and he hath set the world upon them.”

Declare With Me: My new season will shock everyone that knows me; I rise above their expectations, in Jesus’ name!

NSPPD Live 31 August 2021 with Pastor Jerry Eze; is the dynamic Founder and President of the fast-growing Streams of Joy International. A seasoned Pastor and leader, a consummate conference speaker and leadership coach. The work of ministry have taken him to major platforms around the world

In Touch Daily Devotional 31 August 2021 - The Blessing of Grace 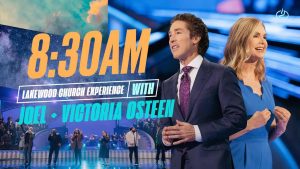