Nollywood legend, Pete Edochie, celebrating his 72nd birthday yesterday, the actor was born on the 7th of March 1947.

The accomplished Nigerian actor is considered one of Africa’s most talented actors. The legend who shared photos and video on his social media handle said he wants his fans to wish him a happy birthday. 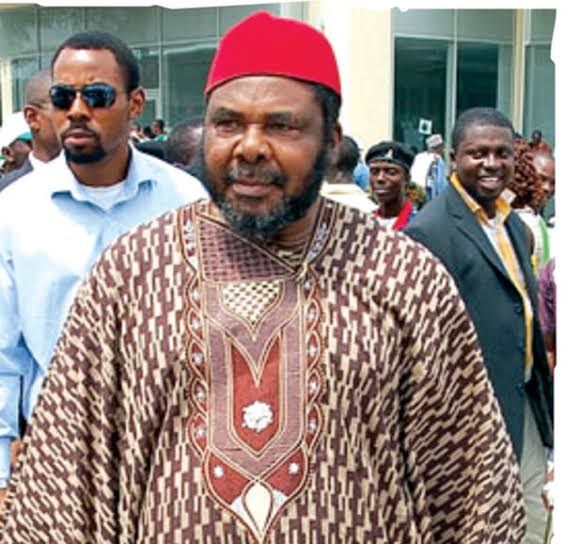 On the video of which uploaded, he wrote,

“On a lighter note”

Pete Edochie began his career as a seasoned administrator and broadcaster before he came into prominence in the 1980s when he played the lead role of Okonkwo in an NTA adaptation of Chinua Achebe’s all-time best selling novel, Things Fall Apart and since then he has featured in hundreds of award winning movies and stage plays both home and abroad.

Nollywood sexy diva, Destiny Etiko yesterday, announced the death of her father on her social media handles. Moved by the news, veteran actor, Pete Edochie stormed her house to comfort her despite the Corona Virus [Read More]

The Islamic Movement in Nigeria, IMN, also known as Shiites, have attacked veteran Nollywood actor, Pete Edochie, over his role in a new movie, ‘Fatal Arrogance.’ In a statement signed by its Spokesman, Musa Ibrahim, [Read More]

Veteran actor, Pete Edochie has frowned at the way Africans are adopting the doctrines and culture of the whites, thereby neglecting our own tradition and culture. The celebrated actor seriously whitewashed African men who kneel [Read More]