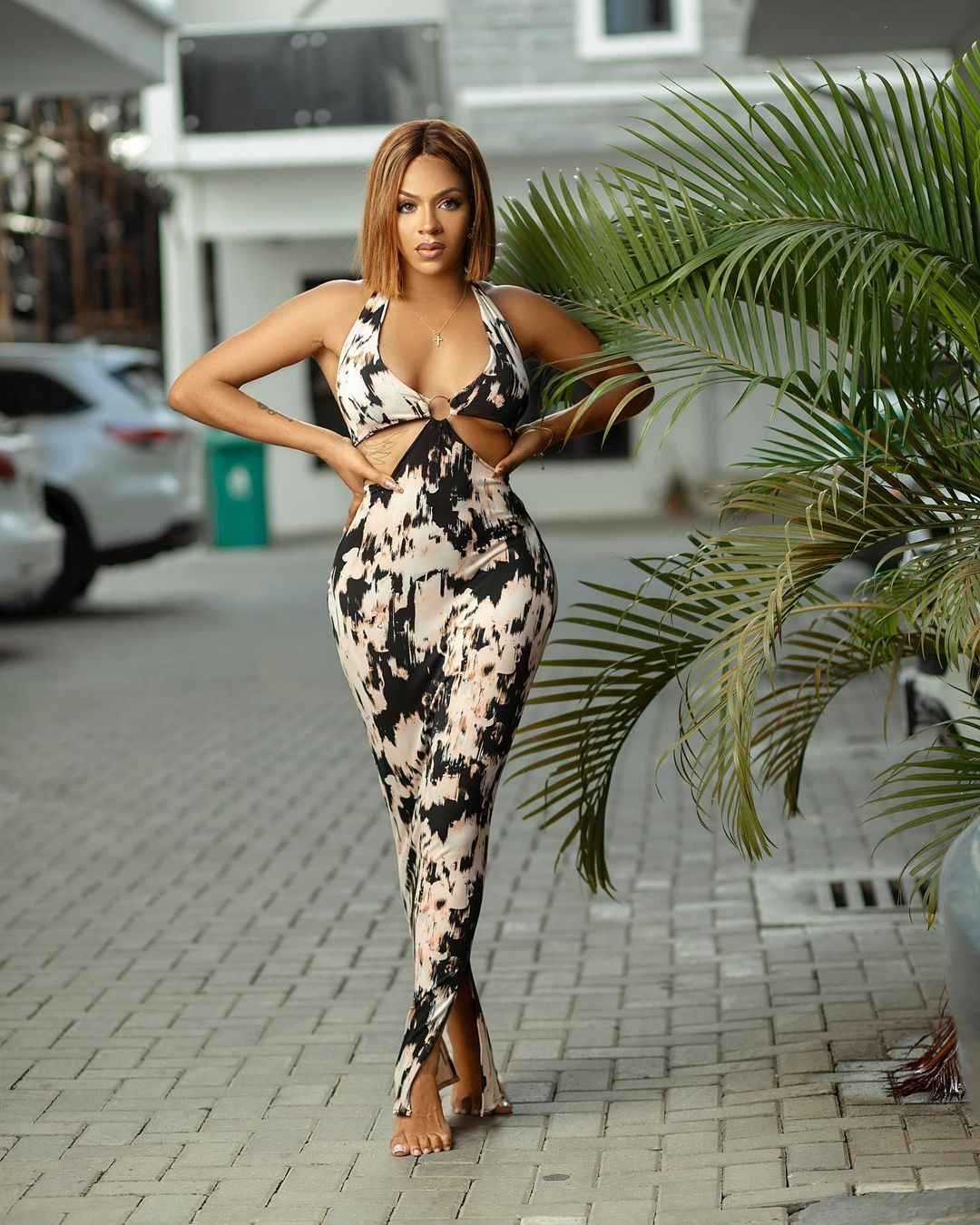 BBNaija reality star, Venita Akpofure, has said that walking out of her marriage was one of the toughest decisions she has ever had to take.

The actress and model was previously married to Terna Olusola Tarka and they have two daughters. In 2019, she confirmed rumors that their marriage had crashed and also dismissed reports that he was a violent man. Read here.

In a recent interview with Punch, Venita said walking out of their union has been one of her toughest decisions to take.

Big Brother Naija star and actress, Venita Akpofure shared these saucy photos of herself posing inside a pool with her side boob on display. See another…

“One of the toughest decisions I have made was leaving my marriage. It became known to the public about seven months after I had moved out of my matrimonial home.

I am grateful that I had a great support system that really helped me through that period. Being a single mother is not easy, especially if ones work a lot. I had to multi-task to make sure I’m there for my kids.

I don’t consider being in the limelight as a fulfilment. Fulfilment, for me, comes from within, which is when I am meeting personal goals and providing for my kids.”she said

Ex-BBNaija housemate, Venita flaunts her behind in sexy swimwear

Venita flaunts her behind in sexy swimwear. She simply captioned the photo, ‘Gbas Gbos’

BBNaija 2019: What Venita, Jackye did to Mike on Saturday night (Video)

The 2019 Big Brother Baija, BBNaija on Saturday night witnessed another dramatic moment This time around, the drama ensued when Venita went on Mike’s bed, who was deep asleep and instigated trouble. Venita tied Mike’s [Read More]

BBNaija 2019: Venita complains as Frodd and Omashola compete for her attention

BBNaija new housemate, Venita, has now become ignited a competition between Omashola and Frodd. The beautiful woman complained to Seyi that it seems Frodd and Shola are having a contest over her. Venita added that [Read More]