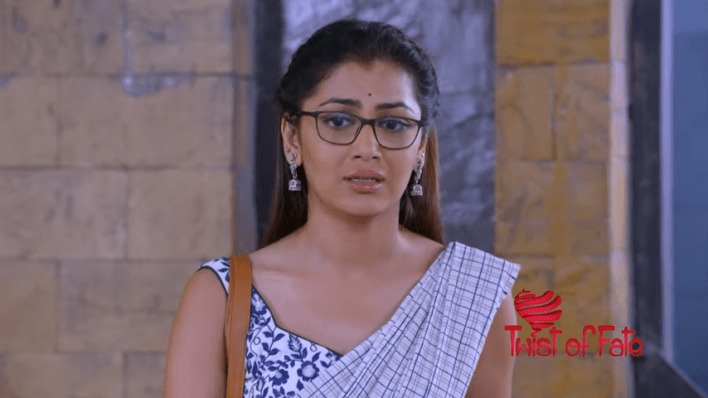 Today’s episode starts as Abhi cutting the rope with the glass piece. CM is about to read her script and opens the file. Some papers fall down from the file. Rohit says I will pick it. Ranbir and Prachi move their chairs close to each other’s chair and try to open the rope and free each other’s hand.

Ranbir opens the rope and asks her to free his rope. Prachi is opening the rope. Ranbir asks her to open it carefully. Prachi tells him that she will go without opening his rope and asks him to stop talking. Ranbir tells that they will not fight anymore and will work as team, will save CM, your mum and chief (Abhi). Prachi says yes. He says if they go through door then may get caught, so they shall go by window. He breaks the glass window and opens the window.

He asks her to open his hand and comes outcarefully. They come out of window. Disha comes to a room to put the phone on charging. She guess speech is going to start and thinks to charge battery later. She takes out her phone and is leaving. Purab comes there and they look at each other. Song plays…kitni baatein…They reminiscence their moments. Moha gives gun to Pragya. Rohit looks at her. CM asks him to give papers. Rohit gives the papers and tells Moha that Pragya is holding gun in her left hand. Moha asks to hold the gun in her right hand.

CM searches for the first paper and picks some papers kept near her foot. She picks the letter and finds Pragya’s letter, in which that she knows her, who coughed in the corridor and wanted to tell her something, but Rohit came there. She continues that Rohit.

Disha tries to go. Purab calls her name. Song plays again…kitni baatein yaad aati hai….He asks are you happy? Disha turns to him and says very happy. She says if you are happy then I am happy. She says I will not ask you as If I am happy then you will be happy too. She goes. Purab says I am happy after seeing you. CM looks at Pragya and signs her. Moha looks at Pragya and CM. Ranbir and Prachi come there. Pragya thinks Prachi is safe, I have to save CM now.

Rohit asks CM to give speech. CM says I was giving you CM seat, if you wanted a bit earlier then would have asked me. Rohit says you are my sister, what are you saying? CM slaps Rohit.

Senior Security officer asks the guards to shoot at CM. CM and others sit down. Everyone panics and run. Pragya comes to CM and asks her to come with her. CM holds Pragya’s hand and is walking to go out. Rohit comes and aims gun at them. He says you both have to die. He says I am sorry, now you both will not be saved. Rohit shouts saying nobody will move else I will shoot everyone including CM. Everyone stands shockingly.

Abhi frees his hand and comes out. Rohit asks Pragya why she is doing this even after knowing that her daughter is in his captivity and asks what is her relation with CM that she wants to sacrifice her and her daughter’s lives. She asks if you don’t love your daughter. Ranbir asks someone to go out and call Police. Pragya sees Rhea coming there. Rhea thinks why everyone is on gun point. She thinks to call Police. Moha snatches phone from her hand.

Rohit goes to Rhea and slaps her. Pragya runs to Rhea, picks a glass piece and asks Rohit to move back. Rohit asks who is she? Pragya says she is like my daughter, if you touches her then I will not leave you. Rohit says all girls in the world are your daughters. Pragya says I was saving CM as I am a good citizen, now you are facing a mum and says I will kill you if anything happens to Rhea. Rohit says she is Mata chandika and we will have Prasad. He says we will not kill CM, but will kill them.

Ranbir and Prachi come there. Rohit says CM is the ticket for us to go outside country and asks his partners to kill everyone and keep CM safe. Pallavi and Beeji are shocked. Rohit starts the countdown. Prachi signs Rhea to sit down. Rhea sits with Prachi. Rohit shoots, but the bullet don’t touch anyone. Prachi throws stick on his head. Rohit turns and looks at Prachi. He thinks how did they come here?

Prachi and Rhea come to Pragya. Ranbir beats Rohit and says you don’t deserve to become CM. Moha comes and keeps gun at his head. Pragya, Rhea and Prachi are shocked. Pallavi and Beeji are shocked too.

Pragya asks Rhea and Prachi to stand there itself as she goes to save Ranbir. Disha calls Police and informs about the attack. Inspector calls for extra force. Pragya comes to Moha and aims gun at her. She tells Rohit that she will kill her to save many lives. Disha sees her and smiles. Rohit smiles. Pragya says I will kill her. Rohit says kill her, I just need CM alive.

Pragya tells Moha that Rohit doesn’t care about her. Rohit says everyone is good here and will not kill anyone. He says I bought everyone here and tells that he is immortal. CM says Ravan also thought the same, but met his end. She slaps Rohit, he holds her hand and asks her not to become mum. Rohit asks Sudhir to kill Pragya and tells that he will give him big minister post in cabinet.

Twist of Fate 18th March 2021 Update ends as Sudhir aims gun at Pragya. Pragya is shocked. Abhi comes there and throws something on Sudhir’s hand. Everyone start running. Pragya runs to her daughters. Abhi beats Rohit. Aaliya comes there. 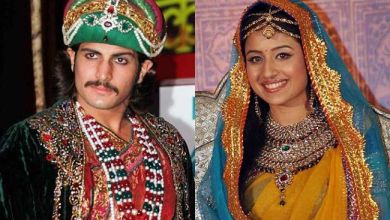 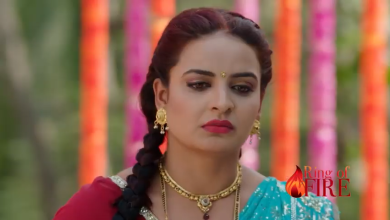 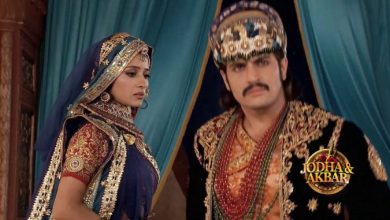 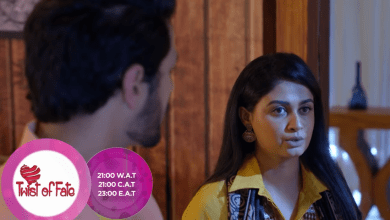