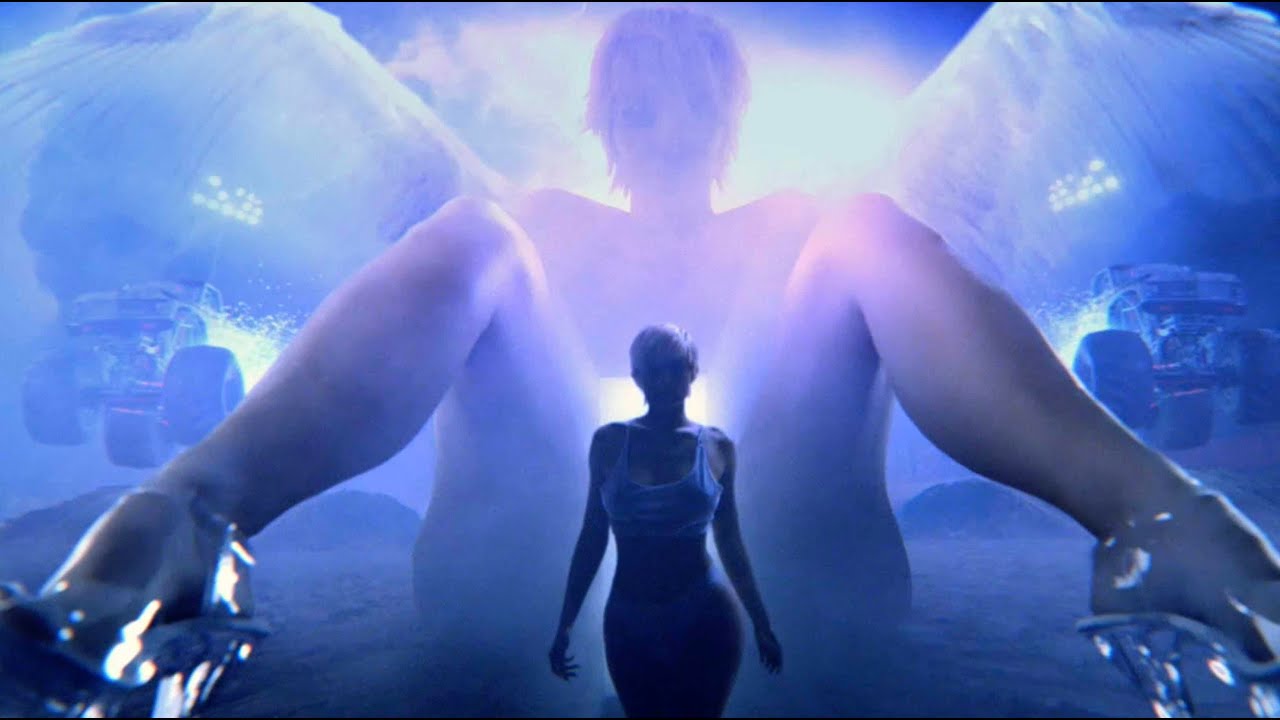 Kylie Jenner and Kim Kardashian look completely unrecognizable in a newly leaked Kanye West music video. On Wednesday, Sept. 2, Eli Russell Linnetz, who directed the video, surprise dropped the official footage on YouTube. The music video for Kanye and Tyga’s 2017 track “Feel Me” hasn’t seen the light of day, until now. At this time, it’s unclear why the nearly three-year-old clip is just now making its debut.

However, it’s been creating a lot of buzz online, especially the part where Kim seemingly gives birth to her younger sister. And no, that isn’t an exaggeration. In one scene at the end of the video, Kim can be seen sitting down with her legs open. Soon after, Kylie appears from the shadows and walks out of her lady parts.

Throughout the video, the Keeping Up With the Kardashian stars sizzle in barely-there clothing. Kylie wore an iridescent cropped white tank top and matching panties. Although her outfit was simple, her glam was bold and vibrant.

For Kylie’s makeup, she donned shimmery blue eyeshadow, rosy pink blush and nude-ish lipstick. Plus, the beauty mogul said goodbye to her long hair and donned a blonde pixie cut.

Like the Kylie Cosmetics founder, Kim also rocked a blonde hairstyle that hit her shoulders. However, she opted for something more risqué with a black bustier and matching thong.

Kanye and Tyga’s appearances in the video were short but they both appeared to be wearing motocross-inspired outfits.

Kim Kardashian West recently had a disagreement with husband Kanye after her told her she dressed ‘too sexy.’ But hubby’s disapproving remarks won’t stop her from serving her signature Kardashian curves as usual. She took [Read More]

Kim Kardashian and Kanye West have threatened their former bodyguard with a multi-million dollar lawsuit reports TMZ, after he made explosive claims about the rapper last month. Kim, 39, and Kanye, 42, have reportedly sent [Read More]

Kim Kardashian surprised her followers as she took to her Instagram story to reveal that she was wearing Kanye West’s brand of trainers. The 40-year-old paraded the sneakers but no words were written or spoken, [Read More]