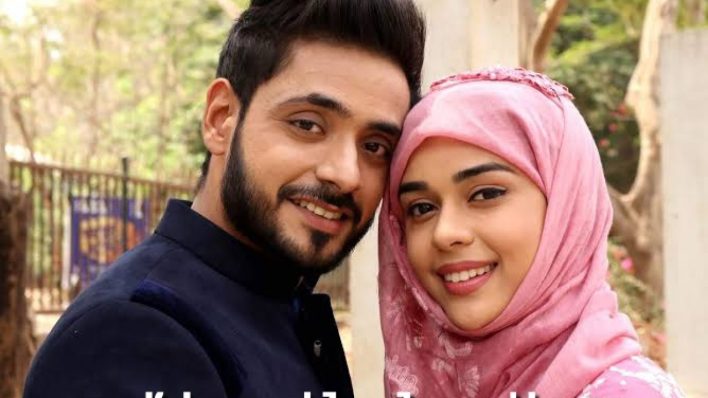 Zara’s Nikah 5 December 2020 Update starts as Kabir tells shabahz he is about to commit a sin, even his own soul trembles but he doesn’t want his father to be a part of this sin. Only he must bear the burden of this sin; and requests Imran to retrain this matter to the two of them. He requests Imran to believe him this time, he has taken a thoughtful decision. He leaves asking Imran not to take any step that gives a chance of doubt to Ayesha.

It was morning, Ayesha and Tara were ready and asks Kabir to drop them to Dargah. Kabir comes to the car. Zara and Azra stood at the other side of the car.There, Imran calls Rehman and tells him to plan something big; these minor attacks won’t make a difference. He must play some big games and give the results

Kabir sees Zara and says she is coming with us too? you can take driver? Zara says you are here so they shouldnt go with some driver. Ayesha says she is right and makes her sit infront with Kabir. Kabir’s hand touches Zara’s. Zara holds his finger but he moves it away.

Mina says to Irfan that how Kabir changed his mind suddenly? Irfan says he is a nice person, if he said then its true that he will accept Zaara again. Come here soon. Mina says okay.

Zara, Kabir and family comes to mazar. Goon is there to attack Zara. Zara is praying. Kabir looks at her and smiles. She sees him and hints that she is watching. He smiles. Ayesha sees them and prays that keep Zara and Kabir happy.

Zara is in mazar market looking at things. Goon comes to her. Kabir sees him near her and runs to Zara. goon throws Zara on street, car is about to hit her but Kabir saves her and runs behind goon. Kabir grabs him and takes off his mask. Kabir sees he is same man who shot Zara one year back. He beats him and asks who sent you? Police comes there with Zara. Kabir says I wont spare him, he shot Zara. He goes with police.

Kabir comes to police station. Shahbaz calls his man and says you sent same man to Zara and Kabir recognized him.

Kabir says to inspector that I want to know the truth. Inspector checks picture of man who shot Zara and its same man. Inspector says I will make him tell truth. Inspector calls everyone there and asks goon why you shot Zara? Man says I was given contract by Rizwan Siddiqui, I tried to kill her again because I failed last time, her security was high after that so I attacked her after one year. Kabir is angry but Zara stops him. Goon says nobody is involved other than Rizwan. Flashback shows how Shahbaz gave this story to goon and how goon sent that message to to jailed hitman via tea seller. Flashback ends. Inspector says to Kabir that shooter will remain in jail, Zara is safe.

Kabir says to inspector that keep Maqbool in custody, he cant run as Zara’s life is in danger. Zara hears it and smiles.Zara comes out of station, Kabir hugs her. Shahbaz sees it and thinks Zara wont be safe next time.

Zara says to Kabir that you called me wife infront of police. Kabir says Maqbool is free and can kill you again, I will not sit silently till he is punished.

Kabir is tensed. Shahbaz asks him what happened? Kabir says I want Maqbool punished. Zeenat says Zara brings tension in this house. Kabir glares at her. Zeenat says she is always getting attacked, maybe God is punishing her. Kabir asks her to shut her mouth.

Kabir comes to Irfan’s house. Zara stands in balcony and smiles. Kabir comes to Irfan. Zara greets him. Kabir says can I stay here? actually I was tensed in my house. Maqbool is not punished so.. Irfan says if you want to protect Zara then stay in her room. Salma asks Zara to take care of him, the leave. Kabir says I will stay in lounge. Azra and Zara grab him. Zara says mom asked to take care of you. They come in Zara’s room to see Salma decorating it. Azra teases her. Kabir moves away from Zara shyly. Azra says this is my room.

Salma takes her from there. Zara smiles at Kabir and says remember Reema closed this door that first night, that night we were not close but today we are close. Kabir moves away. Zara says I am your wife. He cups his face and moves closer. Kabir tries control himself and says you might think why I am behaving like this, we met after one year, we burned in separation fire, we got another chance, we can start from beginning, we can follow rituals and then come closer. Zara says okay we will sleep on one bed but away, he nods. Kabir lies down. Zara covers him, he turns away, kabira plays. Zara puts hand on his shoulder but he moves it away. Zara sleeps. Kabir turns to her and covers her.

In morning, Kabir and Zara are sleeping in each others arms. Kabir gets call from inspector. He tells him that Maqbool will be taken to jail in an hour.

Kabir follows van in which Maqbool is going to jail. Goons’ car is following them too. Van’s tyre bursts by goons. They beat policemen and take Maqbool from there. Kabir sees that.Goon takes Maqbool away. Maqbool says I didnt take boss’s name. Goon points gun at him and says you need to die for boss. Kabir takes gun and asks who is your boss? who wants to kill Zara? Maqbool says I will tell. Goon says if you tell his name then you will die, we will not betray him.

Zara says to Azra that Kabir is not taking my call, I am worried. Azra says you get worried, Zara says he will not leave Maqbool till he is in jail, he is doing all this for me.

Maqbool says I worked for boss but this is what I get in return? I will tell him who asked me to shoot Zara that day one year ago. Goon throws Kabir’s gun away and chokes Maqbool. Kabir stops him but he makes Kabir faint. Maqbool runs from there.

Shahbaz and Kashan wakes up Kabir. Kashan says police called us here. Kabir wakes up and says someone else tried to kill Zara, they were call him boss. Shahbaz says we will find them, dont worry. Kabir says they are trying to kill Zara, I have to find them.

Zara’s Nikah 5 December 2020 Update ends as Shahbaz says I will arrange for Zara’s security. Kabir says I am her husband, enough, I will find them all and punish them. 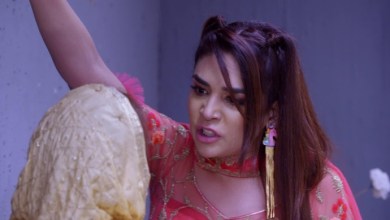