Burna Boy’s album, African Giant is the most streamed album in Africa in 2019, according to Billboard Africa.

Billboard Africa tweeted: “Burna Boy #AfricanGiant album is the most streamed album in Africa 2019, it currently has 61.7M+ streams on Audiomack and ranks No.11 worldwide. 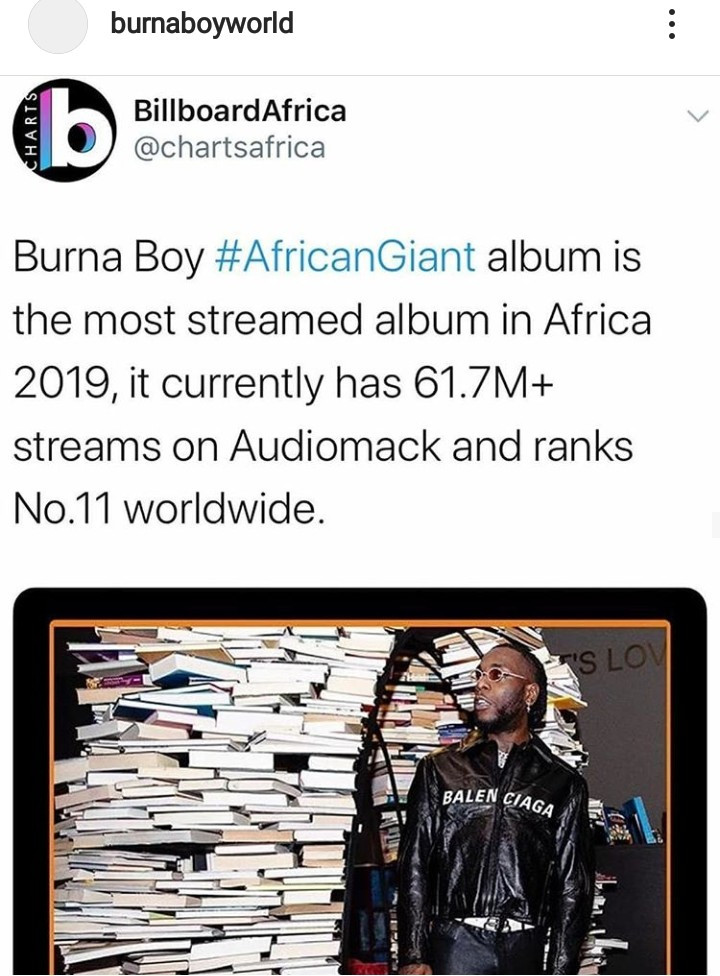 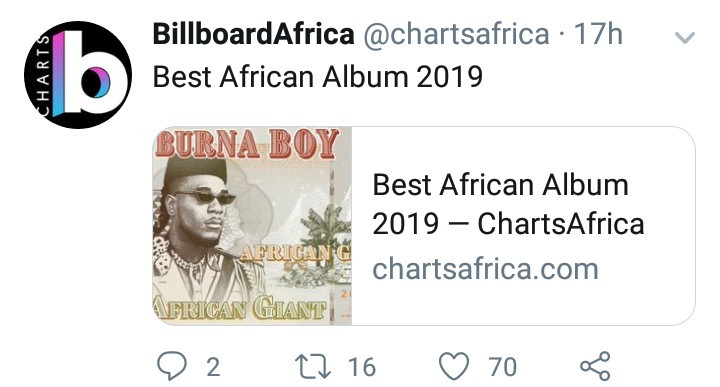