Khloe Kardashian is the number 1 trend on Twitter as people called her out and demanded she apologizes to Jordyn Woods following speculations that she’s expecting another baby with ex-boyfriend, Tristan Thompson.

Khloe publicly called out Jordyn Woods after she was filmed partying with her baby daddy Tristan following the birth of their first child together, True Thompson. As a result, Jordyn, who was a good friend of the Kardashian family, became estranged from the family.

Khloe also broke up with Tristan but they have now reconciled and are reportedly quarantining together. Khloe even recently discussed freezing her eggs with Tristan’s sperm to ensure a second baby on a recent episode of the family’s reality show, Keeping Up With The Kardashians.

Well, for some reason, social media users believed Khloe is pregnant with her and Tristan’s second child and they took to the platform to criticize her.

They called her a clown and a hypocrite for shaming her sister’s best friend Jordyn. They also accused her of making Kylie let go of her best friend, while Khloe refused to let go of the man who cheated with the same best friend. 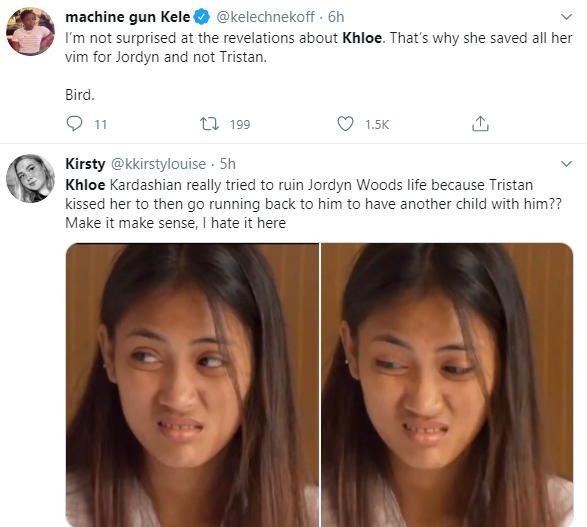 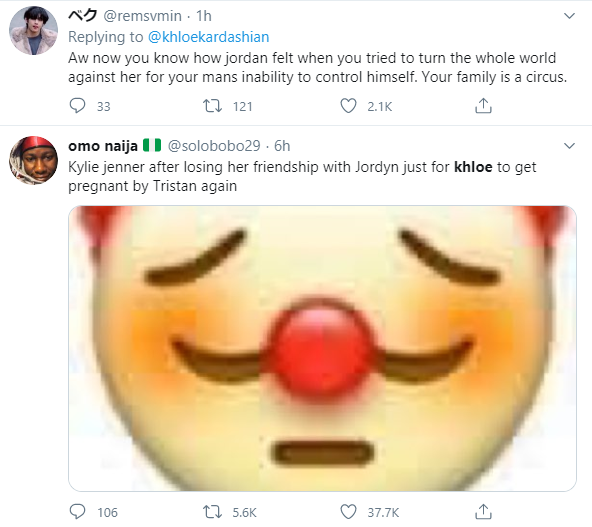 The dragging was so intense that Khloe began trending 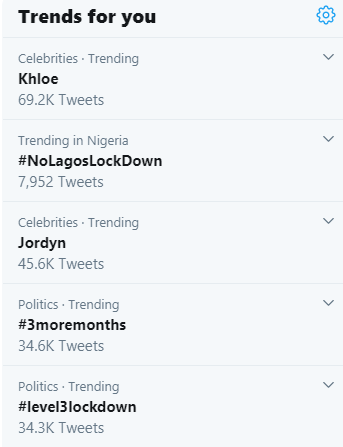 She tweeted: “I don’t go on social platforms much these days AND this is one of the main reasons as to why I stay away. The sick and hurtful things people say. I am disgusted by so many things I am seeing. SMH people swear they know everything about me. Including my uterus. Sick.

“The nasty things you’re saying about me over A RUMOR! I have seen so many hurtful/despicable stories and tweets about me over a false story. And if it were true…. it’s MY LIFE, NOT YOURS.

“Funny how picky&choosy some can be with who and how you feel others should live their lives. I believe people should focus on their own lives/families, put energy into bettering the scary world we are currently living in, and try projecting positivity as opposed to nastiness.” 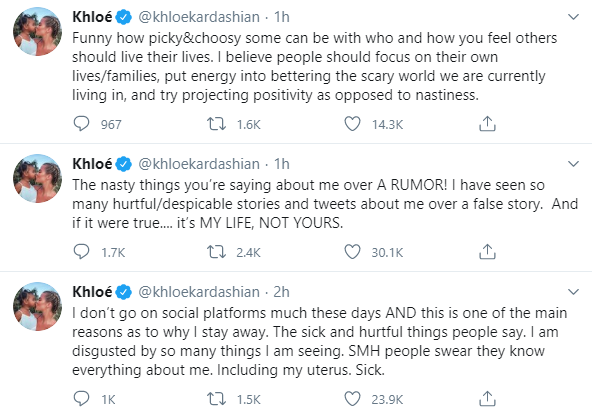